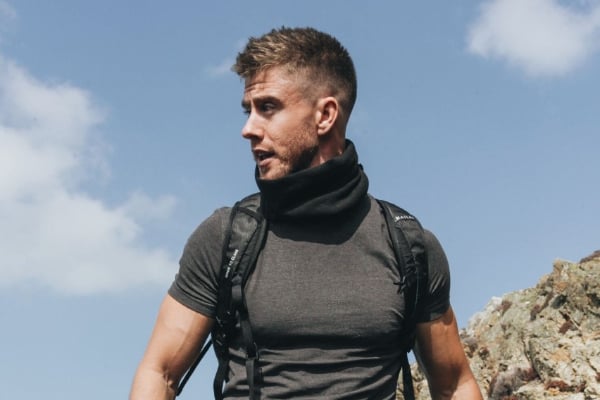 Ash recently head-lined global news by becoming the first person to hike the entire length of the Yangtze River in China. A 4,000-mile journey that took him 352 days to complete, he faced bears, altitude, wolves, landslides, blizzards and had to send 10 of the 16 team members (that joined him for short stints at different locations) home, due to altitude sickness, fear of wildlife and/or injury.

Not only a Guinness approved World First, the trip was also one of the world’s most interactive firsts, with Ash sharing updates via blogs, vlogs and live streams along the way.

Often Ash opened the mission up to the public and at times was joined by Chinese celebrities and members of the public.

Ash also partnered up with organisations like the WWF, Yibin Fishery Department, Water-To-Go, the British Consulate General and the Green Development Foundation.

Doing this, he was able to share positive news of all the great work being done to help protect and preserve the natural environment, making this one of the focus points of the mission.

In 2014, Ash became the first ever recorded person to hike across Mongolia solo and unsupported, covering over 1,500 miles in 78 days.

He trekked over the Altai Mountains, through the Gobi Desert and the Mongolian Steppe, all whilst pulling a wheeled trailer weighing 120kg, carrying everything needed to survive.

Sir Ranulph Fiennes described it as being “an example of great determination, to achieve something that’s becoming harder all the time, an adventuring ‘first’, which would have proved both physically and mentally challenging”.

In 2016, Ash achieved his second world record by becoming the first person to walk the entire length of Madagascar’s interior, whilst summiting its eight highest Mountains.

An expedition of over 1,600 miles, taking 155 days to complete and faced many challenges, from being held up by the military, avoiding bandits, contracting the deadliest form of Malaria, crossing croc infested rivers, hacking through near impenetrable jungle during the cyclone season and much more.Ash was invited back to Madagascar and named as the UK Ambassador for Madagascar Tourism; his promotion of the island reached over 350,000,000 people worldwide.

Ash also became Special Ambassador of Malaria No More UK, an organisation working to eradicate malaria within our lifetime, an organisation also supported by David Beckham and Sir Andy Murray.
Ash’s achievements have seen him invited to 10 Downing Street on two occasions, and receive awards such as the 2015 UK Adventurer of the Year Award and the 2016 Welsh Adventurer of the Year Award.

Ash has taken two speaking tours across the UK, and toured across Asia, speaking in Singapore, Myanmar, Korea and across China. He has delivered three TEDx Talks, as well as presented in schools, colleges, universities, and spoken in parliament alongside Annie Lennox.

Ash’s book, Mission Possible, is an Amazon Best Seller and is sold in every English-speaking market around the world, and has been translated into Mandarin and Vietnamese.