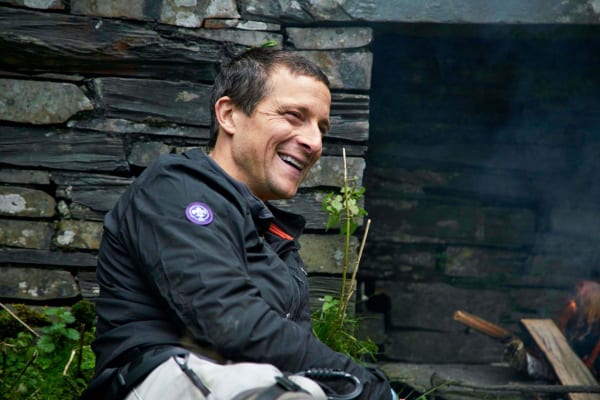 Bear Grylls OBE is a former British Special Forces soldier (21 SAS) and No1 bestselling author who became one of the youngest-ever climbers of Mount Everest.

He has hosted more extreme adventure TV shows across more global networks than anyone else in the world, is an honorary Colonel to the Royal Marine Commandos and is currently the youngest-ever Chief Scout to 55 million worldwide Scouts.

BEAR GRYLLS OBE, has become known worldwide as one of the most recognized faces ofsurvival and outdoor adventure.

Trained from a young age in martial arts, Grylls went on to spend three years as a soldier inthe British Special Forces, as part of 21 SAS Regiment.

It was here that he perfected many of the survival skills that his fans all over the world enjoy, as he pits himself against the worst of Mother Nature.

Despite a free-fall parachuting accident in Africa, where he broke his back in three places and endured many months in and out of military rehabilitation, Grylls recovered and went on to become one of the youngest climbers ever to reach the summit of Mount Everest.

He then went on to star in seven seasons of the Discovery Channel’s Emmy Award-nominated Man vs. Wild TV series, which became one of the most-watched shows on the planet, reaching an estimated 1.2 billion viewers.  Since then he has gone on to host more extreme adventure TV shows across more global networks than anyone else in the world, including six seasons of the global hit TV show Running Wild with Bear Grylls.  Running Wild has featured Bear taking some of the world’s best-known stars on incredible adventures.

These include President Obama, Julia Roberts, Roger Federer, Will Ferrell, Channing Tatum, and Kate Winslet, to name but a few.

Bear also hosts the Emmy Award-winning interactive Netflix show You Vs Wild, which was one of Netflix’s most watched shows in 2020.

Netflix & Bear then forged new ground by make two interactive movie versions of You Vs Wild including the second most watched film on Netflix US, titled: Animals On The Loose.You Vs Wild spectacularly won him two EMMY’s for best show and best host. Bear has also won two BAFTAS for his hit Channel 4 show The Island with Bear Grylls.

His autobiography, Mud Sweat and Tears, spent 15 weeks at Number 1 in the Sunday Timesbestseller list and he has written over 90 books, selling in excess of 20 million copies worldwide.He is an Honorary Colonel to the Royal Marines Commandos, the youngest ever UK ChiefScout, and the first ever Chief Ambassador to the World Scout Organization, representing aglobal family of some fifty five million Scouts.

With trademark energy and enthusiasm, Bear scaled breathtaking new heights with BT Global Services’ virtual Sales Kick-Off, helping to empower an entire Banking & Finance division with true-grit determination to strike out for new horizons, ready to embrace failure and become more resilient to grow and succeed in these changing and uncertain times. Unleashed, Bear grappled with every discussion topic with charm, clarity, passion and good humour, inspiring his audience around the world to believe in themselves and go beyond limits. BT would like to thank Bear for well and truly taking this virtual event within sight of the summit.

Your keynote address in Greece was, once again, absolutely excellent and I even saw a couple of people in the audience wipe away a tear or two! It was a memorable speech and I certainly think that many of the delegates will have left Loutraki thinking about some of your messages.