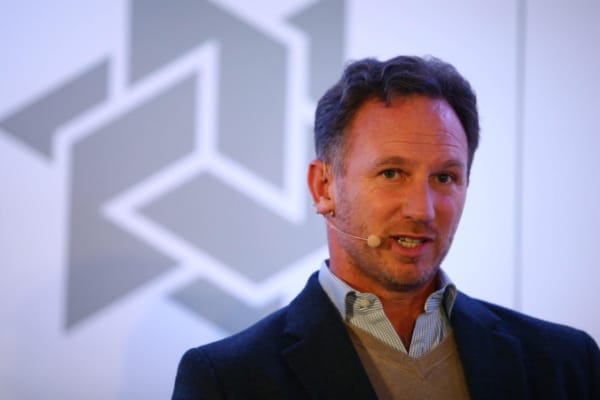 He has spent the majority of his career around motorsport and initially started off as a racing car driver before becoming the head of the Formula 3000 team for Arden Motorsports in 1999.

As an avid fan of formula one racing, Horner has built a highly successful career doing what he loves best and is deemed a genius by many at Red Bull.

Horner’s life has always been impacted by motorsports and it goes back through generations, his grandfather and father both also worked within motor companies.

As a racing driver, Horner won a Formula Renault scholarship in 1991 and competed in the British Formula Renault Championship, he finished the season as a race winner and was the highest placed rookie.

In 2005, Horner was appointed by Red Bull and became the youngest team principal at the time, his first year was a success and the team earned 34 points in the championships, this was a huge improvement on the 9 points they scored in the previous year.

The teams first podium position was earned in 2006 at the Monaco Grand Prix, this was a fantastic achievement from the team, and in particular Christian Horner.
Red Bull finished second in the 2009 Constructors’ Championships thanks to superstars, Mark Webber and Sebastian Vettel finishing second and fourth in the title race.

One year later and Red Bull achieved what they had set out to do from the start, they won the Constructors’ Championship and their driver, Sebastian Vettel won the drivers title.

This made Horner the youngest team principal to ever win a Constructors’ Championship and was a monumental achievement, one that will go down in Formula One history.

The team have gone from strength to strength and in 2013, Red Bull won their fourth consecutive Constructors’ Championship and Vettel his fourth Driver’s title. In 2021 Christian won another Drivers title during one of the most tightly contested formula one seasons in history.

Horner’s success within the Red Bull team has been phenomenal and he’s had a vital role in turning Red Bull into one of the strongest Formula 1 teams in history.

As a motorsports speaker, Horner often reflects on his successes within Formula 1 as well as discussing topics like the importance of teamwork and leadership, maximising success and handling pressure.

It was a pleasure and honour to work with Christian and the Red Bull Racing team ahead of the event, plus at the event. He has been very easy to work with and is such a genuine nice person. Giving speedy responses and feedback, plus always helping wherever he could!
The audience and our employees were really impressed by his content, and its delivery. Everyone was thrilled about the session from start to finish.
We had an unanimous feedback score, a 5 out of 5 rating from all the respondents for that session! Which is the highest rated session we ever had. I would highly recommend booking Christian for speaking at events.

Please pass a message to Christian, thanking him for taking time to join us and to elaborate on managing a business and leading people, which have great relevance to our business, even though it’s different industries.
His humility, competitiveness, passion and clarity were on display and reinforced many of the themes we wanted to convey to our team. We wish him and Red Bull well in 2022.