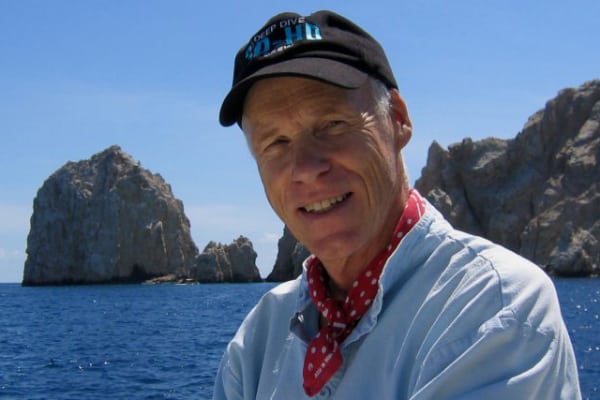 The author of 10 books, Dr. MacInnis’ research has earned him six honorary degrees and Canada’s highest honour, The Order of Canada.

Some people are born leaders. The rest of us find ourselves in positions where leadership is required.

Self-described as an “accidental leader,” Dr. Joe MacInnis has led or participated in more than fifty of the world’s most important expeditions and logged more time beneath the surface of the Arctic Ocean than any other scientist on earth.

A medical doctor and expert on human performance in high-risk, high-stress environments, Dr. MacInnis is an eloquent and stirring speaker who shares the leadership lessons he’s learned from the high seas and beyond.

Dr. MacInnis is a physician, scientist, and author who led the teams that made the first science dives at the North Pole and built the world’s first polar undersea station. He was among the first to dive to the Titanic and has worked with the US Navy, the Canadian government, the Russian Academy of Sciences, and NASA. Dr. MacInnis also spent 80 days working with James Cameron on Cameron’s “DeepSea Challenge Project.”

As Cameron’s digital journalist and team physician, MacInnis recorded the final construction of the sub, the initial tests in Australia, the first research dives in Papua New Guinea, and Cameron’s epic, 7-mile dive into the Mariana Trench.

He has given keynote presentations on leadership to IBM, Microsoft, GE, National Geographic and the US Naval Academy.

His pioneering research on undersea science and engineering projects earned him his nation’s highest honour —the Order of Canada.

He’s led thirty expeditions under the Atlantic, Pacific and Arctic Oceans including the first team of scientists to dive under the ice at the North Pole.

Dr Joe has spent a lifetime analyzing leadership and teamwork in high-risk environments including the deep ocean, the battlefield, governments and corporations.

Dr Joe Macinnis holds the honour of being among the first to dive to the Titanic, and the resulting IMAX Titanic movie was inspiration for director James Cameron’s Academy Award winning movie of the same name.

MacInnis further worked with Cameron on the IMAX film Aliens of the Deep and he was a medical advisor and journalist on the James Cameron-National Geographic seven-mile, science dive into the Mariana Trench.

Supported by the Canadian government, Dr Joe led ten research expeditions under the Arctic Ocean. MacInnis constructed Canada’s first subsurface research laboratory; the only freshwater underwater lab, the only under-ice station and it was the only “free “submerged habitat in the world at the time.
It was inspiration to Pierre Trudeau, who himself was a diver and a year later Trudeau asked MacInnis to help write Canada’s first national ocean policy.

Macinnis is also the first person to explore the freezing waters beneath the North Pole.

Dr Joe has worked on more than fifty undersea science and engineering projects with the U.S. Navy, the French and Canadian governments and the Russian Academy of Sciences.

He has written nine books. His latest, Deep Leadership: Essential Insights from High Risk Environments, was published by Random House.

One hundred years ago, after losing his ship to the Antarctic ice and spending months surviving on an ice floe, Ernest Shackleton and a skeleton crew climbed into a small boat and made a near-miraculous, 800-mile journey across a wind-swept, heaving ocean. On reaching the island of South Georgia, they trekked over mountain ridges and glaciers to find help for the 22 men they had left behind.

How did Shackleton achieve his astonishing success? Recently, Dr. Joe—who led ten research expeditions under the ice of the Arctic Ocean—took a 10,000 km journey to South Georgia to find out.

In this gripping, visually-driven talk Dr. Joe distills Shackleton’s leadership principles into six takeaways that will help any organization build a culture of fierce ingenuity and team genius. They include deep empathy, deep eloquence, and deep endurance.

With spellbinding storytelling, humor, and sheer energy, Dr. Joe delivers an instructive look at the path to leadership success—reminding us to anticipate the needs of our team partners and perform random and excessive acts of kindness.

Deep Leaders: How to be a Better, Faster Leader

Dr. Joe was the team leader on two $5-million engineering projects beneath the Arctic and Atlantic Oceans. His latest book, Deep Leadership: Essential Insights from High-Risk Environments was based on his experiences on undersea engineering projects and interviews with shuttle astronauts and soldiers serving in Afghanistan.

In this visually-driven presentation, he uses dramatic stories to distill what he learned about strategic imagination, the power of language, the strength of stamina and how these three principles make you a better, faster leader in your office or workplace.

Titanic Dreams: The Opposite of Safety

Dr Joe was the co-leader of a $5-million Imax film expedition to the Titanic and has made two 4,000 metre dives to the Mount Everest of shipwrecks.

He was the journalist on James Cameron’s $7-million live-from-the-Titanic broadcast for the Discovery Channel.

In this visually-driven presentation, he shows how going too fast . . . ignoring iceberg warnings . . . locking up the binoculars . . . making the wrong turn . . . are metaphors for safety and performance issues in our personal and professional lives.

Great presentation. You made the conference!

The attendees were ecstatic in their praise.

The perfect ending to our four-day conference.