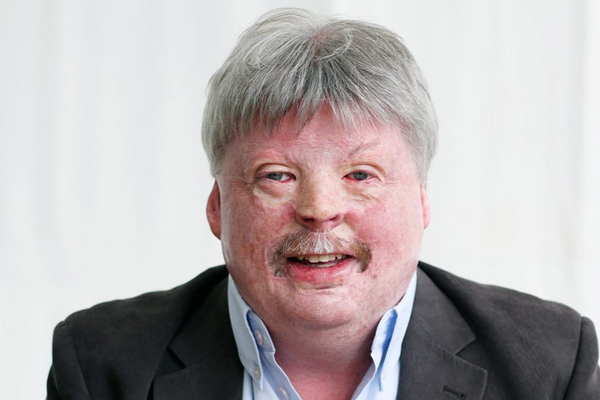 When he was twenty, Simon was on the ship Sir Galahad in Bluff Cove when it was attacked by Argentine fighter jets. The effects were devastating, when the ship was hit there was an explosion with a mixture of petrol, diesel, ammunition and phosphorus bombs.The Welsh Guards lost 48 men with 97 wounded. Simon was, as he puts it, one of the lucky ones – he survived but with 46% burns to his body.

His face was so badly burnt that his own mother literally did not recognise him when she came to visit him in hospital. Described by many who have heard him speak at various events as an absolute delight who understands his audiences, Simon Weston is a nationally recognised motivational speaker who uses his status to support many different charities.

Simon’s reconstructed face is known throughout the UK and internationally as an illustration of what bravery and endurance look like. He uses his experience of having more than 70 surgical operations to relate to enthralled audiences how obstacles are there to be knocked down.