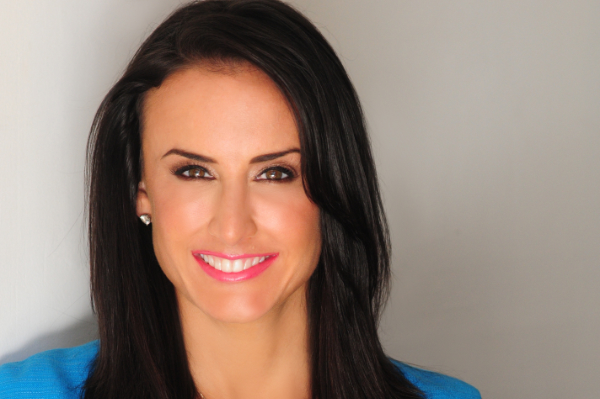 Kim Perell is an award-winning entrepreneur, bestselling author, CEO, and angel investor with a passion for people, technology, and progress.

Kim went from being laid off at 23 to becoming a multi-millionaire by the time she was 30 years old, selling her last company for $235 million in 2014.

She is currently the CEO of Amobee, a global marketing technology company serving the world’s leading brands and agencies.

Kim is also an investor in over 70 companies, 14 of which have been successfully acquired by some of the largest Fortune 500 companies including a billion-dollar IPO.

Kim’s career started in 1999 at Xdrive, an Internet start-up in Los Angeles that was a precursor to Dropbox.

She quickly rose to Director of Marketing & Sales, managing a team of 20 plus and generating more than $10 million in revenue in nine months. When Xdrive went bankrupt, Kim found herself unemployed but had discovered her passion for the internet.

She channeled that passion into starting her own company, Frontline Direct, a digital marketing firm.
From its modest beginnings at her kitchen table in Hawaii in 2003, Kim grew Frontline to more than $100 million in annual revenue.

That success and Kim’s leadership abilities drew the attention of Adconion Media Group, a global digital media company, which acquired the company in 2008 and appointed Kim CEO in 2010.

In 2014, Kim executed the sale of Adconion Direct to Amobee, a subsidiary of SingTel, a $50 billion dollar telecommunications company in Singapore.

Yet throughout these changes, she dedicated herself to creating outstanding workplace cultures, a run that continues today.

In 2016, Amobee was named one of Fortune Magazine’s Top 10 Places to Work in Marketing & Advertising.

THE EXECUTION FACTOR: THE ONE SKILL THAT DRIVES SUCCESS

Success isn’t about having a great idea?ideas are a dime a dozen.

It’s not about having an advanced degree, knowing the “right” business insiders, or being a genius.

People around the world have achieved their dreams without any of those things.

Execution is the difference between success and failure. It’s what separates the dreamers from the doers. Welcome to The Execution Factor.

In this session, entrepreneur, angel investor and global marketing technology CEO Kim Perell will take you step by step through the process of mastering the five traits of execution work for success in business and life.

THE DIFFERENCE BETWEEN SUCCESS AND FAILURE IS EXECUTION

For entrepreneurs and startup founders, the difference between success and failure comes down to one skill: Execution.

Learn how to master the skill that separates the dreamers from the doers with execution expert Kim Perell, who has made headlines for her amazing transformative story of a startup entrepreneur to leading global technology CEO, and is an active angel investor in over 70 companies, 14 of which have been acquired. In this session, Kim will take you step by step through the process of mastering the five traits of execution and teach you how to put it all to work for success in business and life.

Kim’s best-selling book, The Execution Factor, was released by McGraw Hill this fall, along with the launch of a seed stage Execution Factor Fund that will invest a minimum of $1 million into execution-led companies.

Innovation is 1% percent idea and 99% execution. In order to succeed in the digital age, companies must not only innovate, they must execute. According to Harvard Business School professor Robert Kaplan and his colleague David Norton, 90% of business strategies fail due to poor execution. In this session, leading technology CEO and entrepreneur Kim Perell will share how to create a culture of innovation and execution within organizations

There is one skill that drives success and achievement more than anything else – Execution – and it is a skill that can be learned. It’s also the key skill to identify upfront so that you can build successful teams and companies. As an entrepreneur, global marketing technology CEO overseeing 1000 employees, and active angel investor in over 70 companies, Kim Perell will share that one skill she looks for in the people she hires and the entrepreneurs she invests in.

Business is Her Passion

Kim is passionate about women in business and writes, speaks, and is interviewed regularly on leadership, marketing technology, and entrepreneurship. Her achievements as a leader and entrepreneur have been widely recognized and covered in the media, including profiles in The New York Times, CNN Money, and Forbes.