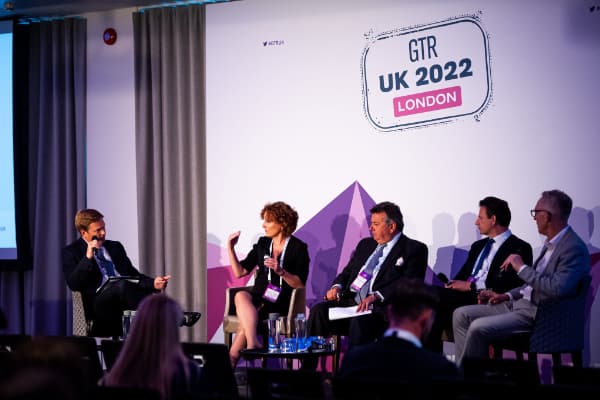 Christian Fraser anchors the BBC World News programme The Context, featuring a regular panel of guests from across the political spectrum.

They discuss the biggest international stories of the day, along with news-making interviews and analysis.

Christian is a regular Presenter on BBC 2’s Newsnight and previously co-anchored Beyond 100 Days with Katty Kay for the BBC News Channel, BBC World News, BBC Four and PBS.

Beyond 100 Days reached a global audience and provided expert insight on international news from the U.S. and around the world.

His first day as an investigative reporter for Radio Five Live was 9/11.

He then went on to spend a lot of time in Afghanistan and Iraq, embedded with British troops.

In 2005, Christian collected Gold at the Sony Radio Awards for BBC Radio 5 live’s rolling coverage of the Indian Ocean tsunami, which he presented through the night.

He has also been nominated in the News Journalist of the Year category at the Sony Radio Awards and was recognised at the Prix Bayeux in 2007 for his reports on child casualties.

From 2006 Christian had a series of major BBC bureau postings in Rome, Cairo and Paris.

He was the only British correspondent inside Gaza in 2008 during the Israeli offensive, known as Operation Cast Lead and spent a week in the Palestinian city of Rafah as the Israelis dismantled the tunnels.

He covered the revolution in Egypt and also reported on the war in Libya – first from the rebel-held city of Benghazi and then from Tripoli.

Christian is an accomplished conference and event host and moderator, drawing on his expertise in international affairs, security issues and the technical and digital changes, affecting the global business landscape.

Christian is well placed as a Keynote Speaker on US Politics, security issues and international issues.

Christian was absolutely amazing! We LOVED having him host the Civil Service Awards and we have received nothing but praise for him from our attendees, production team and events team.
He really carried the crowd and set such a great tone for the whole event and we honestly cannot thank him/recommend him enough.
The crowd at this event tend to be quite hard to handle as they get a little rowdy but it didn’t phase him at all – he took it all in his stride which added to the whole experience.