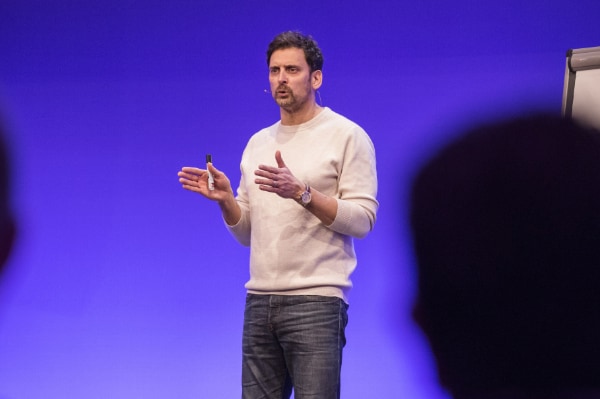 The author of the acclaimed The Mind Coach, Jamil is a recognised leader in all aspects of the psychology of performance and leadership, leadership attitudes, improving people, cultural change and team performance.

Through understanding the human psyche he is able to motivate, inspire, and energise any team or group.

In his entertaining, energetic presentations, Jamil shares with audiences practical insights into the psychology of attaining high performance as an individual or team.

Jamil has helped six golf professionals get to number one in the world.

In 2006, he was appointed as the first-ever official psychologist to work with the European Ryder Cup team.

They made history in winning by a record-equalling margin.

Ranked among the most influential figures in British sport in 2009, Jamil was voted in the top 100 most powerful men in golf 2008 by his international peers.

He has worked successfully with three English Premiership football clubs, one of which reaching a record position from its halfway point in the season.

Applying his expertise to Your Audience

He has worked with business leaders and companies helping teams to fulfil their potential by orchestrating change and performance programmes.

He has developed and delivered leadership programmes at board level for Coca Cola, Hewlett Packard, Emirates Airlines, Serco, O2, and Cisco Systems.

He has led teams responsible for change management in several high profile areas; Lloyds Banking Group as part of their substantial integration strategy and ‘Journey to World Class’, Marks and Spencers to help re-set the standard and Post Office to create The Post Office Way culture as they separate from Royal Mail to name a few.

Jamil is an internationally acclaimed performance coach who specialises in maximising the talent of individuals and teams. He’s helped sportspeople like David Coulthard and Darren Clarke enhance their performance and has helped six sportspeople to reach number one rankings in their fields.

Believing that in order to do differently we must first think differently, Jamil considers how to create mindsets and attitudes that truly drive performance in business and sport, and how to challenge beliefs and shift perceptions.

Was completely different to anything we’ve seen before! Our whole team loved Jamil’s session.