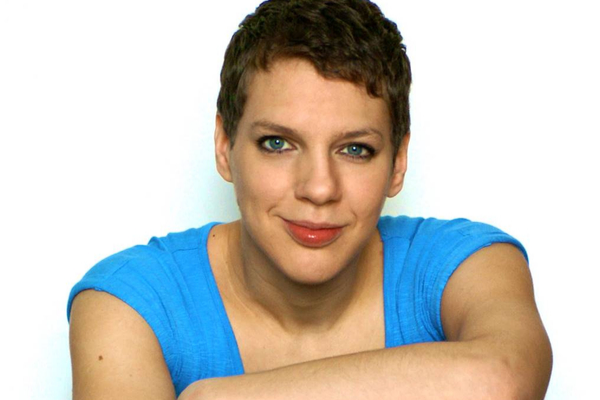 Francesca is a wobbly* comedian, writer and speaker who has toured internationally with sell-out runs at The Melbourne Comedy Festival, The Edinburgh Festival Fringe, and the Just For Laughs Festival in Montreal.
She launched her comedy career in 2000 beating a thousand UK comedians including Mathew Horne, Karl Theobald and Jimmy Carr, to become the only woman to win the Open Mic Award. She has performed in Australia, Ireland, France, Sweden, South Africa, Canada, Singapore, Malaysia, in Hollywood, on Broadway and at the World Economic Forum in Davos, Switzerland alongside actress Emma Thompson.

She opened Series 11 of BBC2’s Live At The Apollo, and guested on Sky One’s The Russell Howard Hour,
BBC1’s Celebrity Pointless and Impossible Celebrities. She has written and performed in verse for BBC 3’s
Shakespeare Centenary and The Verb, and last year starred with Kevin Hely in her first BBC Radio 4 play How
We’re Loved. Next year, Francesca will star in her new play All of Us at The National Theatre.

From 2003 to 2008, Francesca toured her hit Edinburgh solo shows ‘I’mperfect’ and ‘In Deep’ around the UK.
From 2011 to 2013, her 50 date tour of Australia and 67 date tour of the UK and Ireland with What The *** Is Normal?! gained a nomination for Best Comedian at the Perth Fringe, won her the Edinburgh Fringe Media
Network Award 2011 and a nomination for Best Show at Leicester Comedy Festival 2013.

Her best-selling book, also called What The **** Is Normal?!, was published by Random House in 2014. Nominated Best Book in the Chortle Comedy Awards 2015, and runner up in the Bread & Roses Book Award 2015, the book has garnered rave reviews from critics and the public alike. In 2016 she supported Frankie Boyle on tour and was
commissioned to write and perform a new comedy show: ‘Francesca Martinez’s Wobbly Manifesto’.