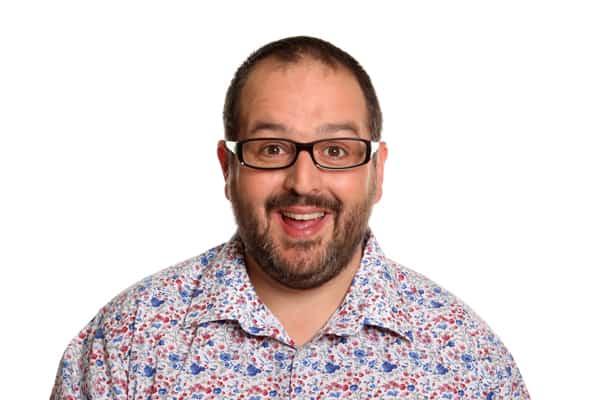 As seen on Live At The Apollo, Peter Kay’s Phoenix Nights, 8 Out of 10 Cats, Alan Davies: As Yet Untitled and Coronation Street.

Series regular on The Premier League Show and 5Live’s Fighting Talk. It’s been a busy 18 months for Justin, he brought back tiger-faced Young Kenny for the record- breaking run of Phoenix Nights Live at The Manchester Arena, which raised over £5 million for comic relief; told fantastic tales about Australia and Manchester on Live At The Apollo; won The Champion of Champions on BBC 5Live’s Fighting Talk; and appeared as Dean the rival cricketing landlord on Coronation Street. All this as well as helming his own critically acclaimed podcast About 30 Minutes, No More Than 45.