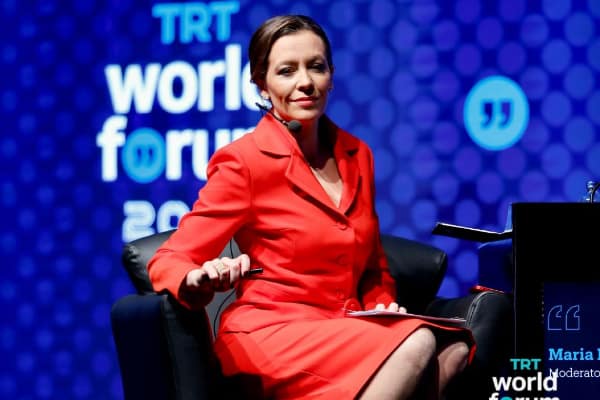 Maria is a journalist and international news anchor. She can be seen daily presenting live news at TRT World from Istanbul and hosting the flagship news programme ‘News Hour with Maria Ramos’.

She is a highly-acclaimed, engaging and regular conference Master of Ceremonies and Moderator for international events that focus on humanitarian, political and global affairs, particularly with the United Nations, including virtual and hybrid events.

Bosch Siemens are among the major companies who have praised Maria’s work as an event host and facilitator.

Prior to joining TRT World, Maria reported/anchored for the BBC, Bloomberg, CNBC, UNICEF and Bahrain TV.

Over the past 20 years, she has lived in, and reported from countries all around the globe with long stints in the Middle East, Europe, Africa and Latin America.

In the business world, she worked as an advisor to the CEO of Formula E and founded a London/Madrid-based international media consultancy for European blue chip companies.