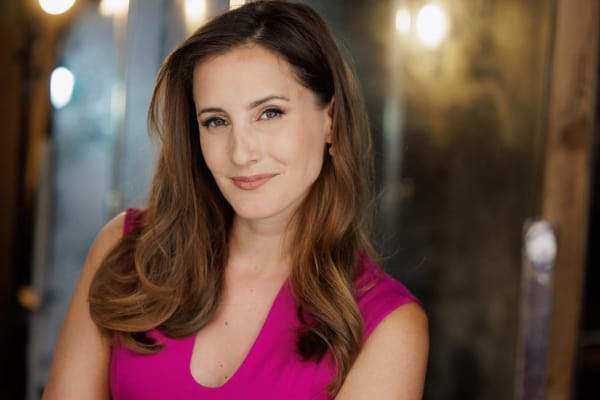 International Anchor Rosanna Lockwood is a leading news presenting talent, with a decade of experience working as a Presenter and Correspondent for major broadcasters across Europe, the Middle East and Asia.

Rosanna is a freelance Anchor for CNBC International, breaking real-time business and international news, from the London and Singapore bureaux, across core topics including economics, geopolitics and energy.

Since March 2020, she has fronted Squawk Box and Street Signs programming in both Europe and Asia, alongside European markets reporting for CNBC U.S., MSNBC and the wider NBC network. She has also presented long-form episodes of CNBC’s The Edge and Inside E-Commerce.

An experienced Correspondent, she has reported live from Downing Street in London, and from on board an aircraft carrier in the Singapore Strait.

She has also reported for the BBC and LBC.

Rosanna previously worked for Bloomberg TV in London, where she was a producer on the flagship mid-morning show. In 2015, she moved to the United Arab Emirates, where she was a television news correspondent for Reuters, covering Gulf business and stock markets for broadcast clients.

She has also presented for TalkTV, fronting one of their flagship programmes The News Desk, as cover for Tom Newton Dunn.

Rosanna has interviewed central bank governors, CEOs, world leaders and top-level politicians. Her prowess in the field of business and finance has made her a popular chairperson and moderator for live events in Europe and the Middle East.

She has worked at major conferences and summits, delivering on-stage discussions with Nobel Prize-winning scientists, best-selling authors and senior bankers.

Rosanna expertly moderated our high-level virtual event, which focused on health and development, featured a range of VIP speakers, and required a great bit of stamina.
Rosanna was a quick study on the subject matter, facilitated the conversation in a smooth, natural manner, and handled a few programming curveballs thrown her way like a seasoned pro.
She was well-prepared, polite, and professional. I can wholeheartedly recommend.

It was so nice to get to see you in New York! I hope you had a smooth flight home. It was a pleasure working with you and everyone has been saying what an amazing job you did.