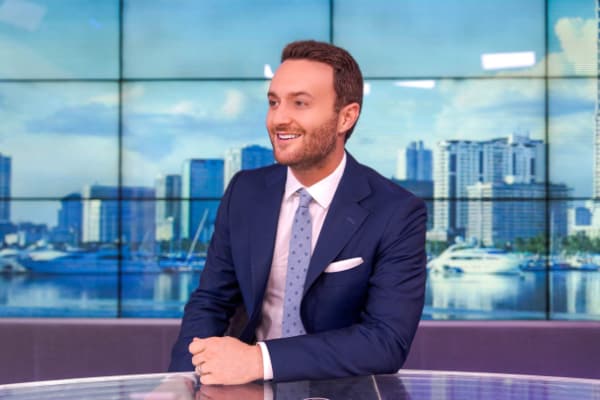 Samuel Burke is an Emmy award-winning bilingual business and technology journalist who has anchored, reported and produced at CNN, CNN en español, ABC and NPR.

He is the founder and executive producer of Leumas Productions.

Currently, Samuel anchors major programmes on CNN’s regional channels, including the TV show “#WFH – Work From Home.” He also hosts the podcast series “It’s All Relative,” exploring the effects of shocking DNA results on families like his own.

Samuel has reported from the scene of major world events such as the Manchester Ariana Grande concert bombing, the Grenfell Tower residential fire, as well as the London Bridge terrorist attacks.

Samuel started his CNN career as an intern for Anderson Cooper and then served as Christiane Amanpour’s digital and field producer.

Alongside Christiane, he travelled across the Middle East producing reports and live broadcasts from Egypt during the country’s first-ever democratic elections, Israel and the Palestinian territories.

Memorable and engaging. In the more than a decade I’ve watched his work, Samuel’s sharp and distinctive reporting is always a step ahead: showing us both the marvels and the pitfalls of the role technology plays in our lives.

Innovative storytelling is Samuel’s signature. Whether it’s taking his camera underwater or filming with his handheld drone, he knows the art of surprising and delighting the viewer with every story he reports.