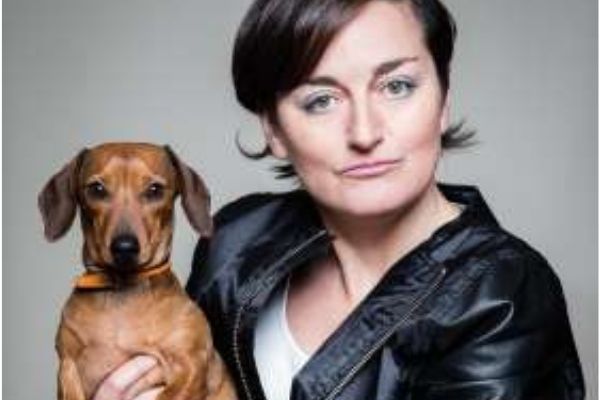 Zoe’s trademark high energy, brilliantly observed routines and sharply written material has left her
with an ever-growing fan base. Last year she won both the Comedian’s Comedian Award and
Chortle Best Club Comic.

As well as being a series regular on Mock The Week (BBC 2) and The Wright Stuff (Channel 5), Zoe’s
extensive TV credits include Room 101 (BBC 1), Dara O’Briain’s Go 8-Bit (Dave), Channel 4’s
Comedy Gala, Live At The Apollo (BBC 2), The John Bishop Show (BBC 1), Alan Davies: As Yet
Untitled (Dave), Pointless Celebrities (BBC 1) and winner of Celebrity Mastermind (BBC 1).
Zoe Lyons has become of the country’s most popular live comedians. Her natural energy and sharp
observations have seen her sell out tours and appear on shows from Live at the Apollo to Celebrity
MasterChef to This Week.

With anecdotes and reflections on the absurdities and frustrations of modern life, Zoe’s first
Edinburgh show saw her nominated for the Comedy Award Best Newcomer. She’s returned to the
festival almost every year since, building up a reputation as one of the most reliable performers on
the circuit who, as The Guardian has said “has what it takes to delight any crowd.”

A regular on Radio 4 institutions The News Quiz and Just a Minute, Zoe has also appeared on Mock
the Week and Michael McIntyre’s Roadshow. Along with her run in Celebrity MasterChef, Zoe has
appeared on celebrity editions of almost every quiz show from University Challenge and Pointless to
Mastermind.