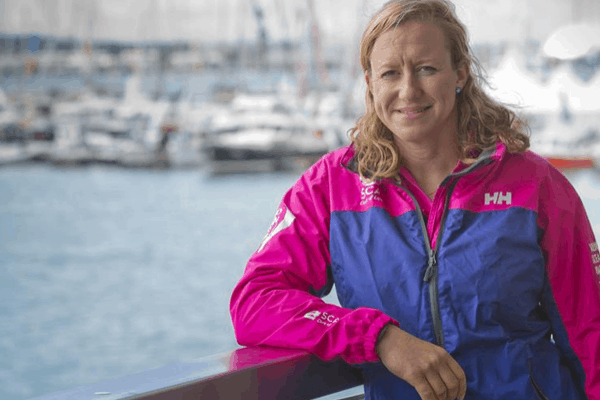 Annie Lush is a former triple Match Racing World Champion and Olympic competitor. In 2014/15 she competed in the Volvo Ocean Race with Team SCA, becoming part of the first ever female team to win a leg of the race.
At university Annie was part of the successful Cambridge University rowing crew who beat Oxford to the finish line of the Boat Race by the smallest recorded margin in the race’s history in 2001.

She says this is what inspired her to pursue a career in competitive sport and has been on the water everyday since.
Ol
She is currently competing on the World Match Racing Tour with Team Magenta 32, the first female team to be awarded a tour card in the 22 year history of the World Match Racing Tour. The team have also set up The Magenta project, an NGO which aims to advance women in professional sailing and inspire and support developing female sailors.