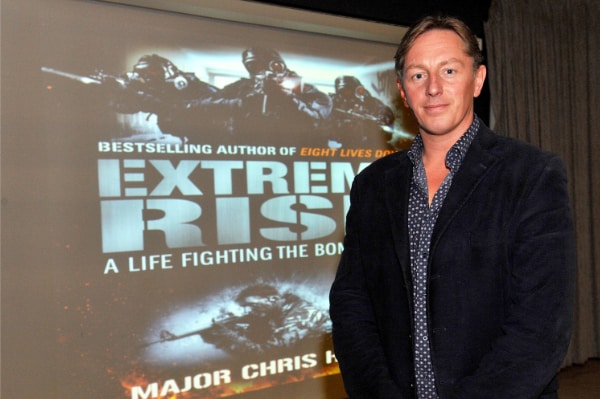 By the time he arrived in Iraq in 2004, Major Chris Hunter was one of the most experienced counter-terrorist bomb disposal specialists in the British Army.  In 14 years, he’d seen active service in the Balkans, East Africa, Northern Ireland, Colombia and Afghanistan.  But Iraq was different… despite being shot and wounded in an ambush just four days into his tour, he and his team became so successful at disabling insurgent bombs that the bombers ended up placing a price on his head and designing bombs specifically for him.

He also deployed a number of anti-terrorist arrest operations in the UK and was the architect of the UK’s EOD response to a suicide bomb attack on the UK mainland.  Later, he played an instrumental role during the July 2005 London bombings, when he was seconded to the British Government’s COBR-A as a suicide terrorism expert.

Chris is renowned for his passionate and enthralling motivational speeches.  His natural style and exuberant spirit allow him to set an audience at ease whilst keeping them mesmerised and on the edge of their seats throughout the course of the presentation.  His unique and inspirational story offers a powerful message.  Delivered with humour and heartfelt emotion, the audience enjoy the lighter side of his experiences, whilst being encouraged to question their own focus and leaving them with a heightened sense of purpose and a greater understanding of how to achieve their goals.