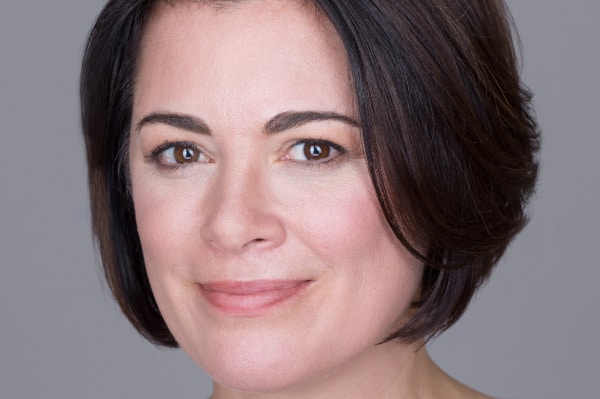 Yes, she was a jet fighter pilot, but if you think you know her based on that, you’d be wrong.

A leader, a combat veteran, the first woman pilot on the Thunderbirds Air Demonstration Squadron, a White House Fellow, and an inductee into both the National Women’s Hall of Fame and the Women in Aviation International Pioneer Hall of Fame – she even has a Star Trek Federation starship named after her, the USS Malachowski (NCC-1619).

But the dream came to an end when a devastating tick-borne illness left her struggling greatly to speak or walk for almost nine months.

An indomitable spirit, Nicole fought back against overwhelming odds and prevailed.

Drawing on stories from her career and personal life, Nicole inspires audiences to rethink the challenges they face every day.

She urges them to go beyond resilience and become resurgent.

Nicole’s empowers people with three key beliefs: failure and risk is the price of entry for achieving something great; sometimes you need to yield to overcome; and her personal mantra – “Nobody wants to lead a scripted life.”

Nicole brings her experience to the stage and holds audiences spellbound with an easy-going authenticity of someone who’s achieved greatness. She’s been a member and leader of exceptional teams.

She has faced overwhelming challenges and adversity and has come out on top.

While other high school students were practicing for their driver’s license, Nicole was accumulating flight time.

She was sixteen years old when she took her first solo flight and from that point on there was no stopping her.

While in high school, she joined the Civil Air Patrol and participated in Air Force Junior ROTC. Nicole’s professional story began when she earned her commission from the United States Air Force Academy in 1996.

Following graduation, she attended Undergraduate Pilot Training (UPT) at Columbus AFB, MS and began her career as a pilot.

Competitively selected to fly combat aircraft, she was among the first group of women to fly modern fighter aircraft.

As a career pilot, she served in combat as an F-15E Flight Commander, Evaluator, Instructor Pilot and Flight Lead.

Over her 21-year career, Nicole achieved the rating of Command Pilot with over 2,300 flight hours in six different Air Force aircraft.

She was also selected to fly as Thunderbird #3 with the USAF Air Demonstration Squadron – the first woman to fly on any Department of Defense military jet demonstration squadron.

Colonel Malachowski has served as a mission ready fighter pilot in three operational F-15E fighter squadrons and has flown over 188 combat hours, including her proudest moment as a fighter pilot: leading the first fighter formation to provide security for Iraq’s historic democratic elections in 2005.

On the ground, Nicole was a White House Fellow, class of 2008-2009, where she served on the Presidential Transition Support Team (PTST) while assigned to the U.S. General Services Administration.

Leaders across every industry and experience level share one thing in common: To be successful they need to effectively navigate failure, organizational change, and the unknown.

Like headwinds to a pilot, these perceived barriers can force you to change direction, cost you momentum, and even take away options.

These headwinds can feel confusing, disorienting, and downright uncomfortable.
In this talk, Nicole Malachowski uses the aviation-based idea of headwinds as a metaphor to show how with the right mindset, individuals and teams can learn to harness the energy of these headwinds in their advantage.

Nicole inspires individuals and organizations and bolsters their ability to:

PUSHING THE ENVELOPE – BEING THE BEST WHEN IT COUNTS

To be successful, leaders from every industry and experience level need to effectively navigate moments of self-doubt, master the role of a trustworthy team player, and embrace moments of personal and professional vulnerability.

Using the idea of an aircraft performance envelope as a metaphor, this elite fighter pilot and military leader will share inspiring personal stories and practical tools to ignite individuals and teams to reach beyond commonly-assumed limitations to achieve their maximum capabilities and impact.

Nicole Malachowski’s presentation will bolster the ability of individuals and teams to:

Everyone faces barriers, both personal and professional, that may appear to place limits on what’s possible.

When people pursue only what is expected, accept cultural norms that hold them back, and view barriers that appear unsurmountable, their personal and professional lives become limited—scripted.

A powerful trailblazer herself, Nicole Malachowski reminds audiences to not let others draw their boundaries, and to break tradition with grace and purpose.

She inspires people to see obstacles and challenges as opportunities to grow—a chance to reach new levels of personal and professional excellence.

CONQUERING FOG AND FRICTION – LEADING THROUGH TIMES OF CRISIS

“No war plan survives first contact with the enemy” is a truism. In the military, leaders must acknowledge and address the fog (things we can’t see, know, or predict) and friction (the forces which impede progress) of war.

In such times, effective leadership is more crucial than ever.

Using the challenges and uncertainties of combat as a metaphor for organizational challenges, Nicole Malachowski stresses perspective, priorities and positive leadership as she provides tools for leaders to use in times of crisis—or anytime—to keep their organizations successfully moving forward. Nicole offers leaders a framework to lead through fog and friction in times of crisis.