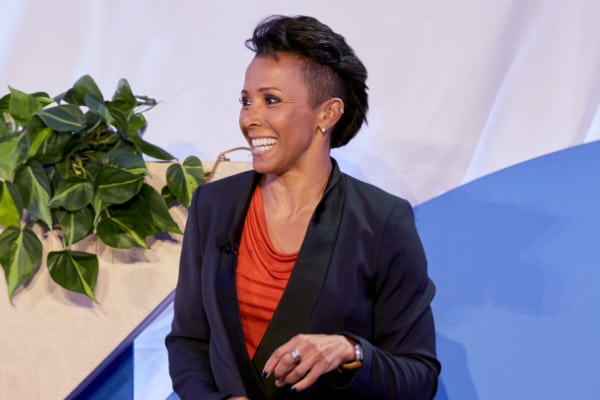 Kelly achieved her teenage dreams of becoming an Army PT instructor (only after qualifying as an HGV driver first) and an Olympic gold medalist, realising the latter in incredible style winning at 800m and 1500m distances. Since retirement she has been inspiringly open about her battle with mental ill-health throughout her career. She also founded the Dame Kelly Holmes Trust and has become an award-winning writer. She speaks about her personal and professional experiences looking at her achievements, overcoming setbacks, and the importance of physical and mental wellbeing in all aspects of life.

A double Olympic gold medallist, Kelly Holmes became only the second woman in history to claim the 800m and 1500m titles in the same Games. She has since gone on to be a mental health advocate, broadcaster and award-winning writer.

Alongside a personal look at mental health, Kelly also looks at what individuals and organisations need to do to help themselves and each other. She also looks at the ups and downs of her career on and off the track, at what kept her going, and with humour and insight considers what it takes to achieve your goals. Drawing on her time with the Army as well as her athletics career she looks at effective team building, planning and preparation, as well as the importance of physical and mental health and wellbeing.