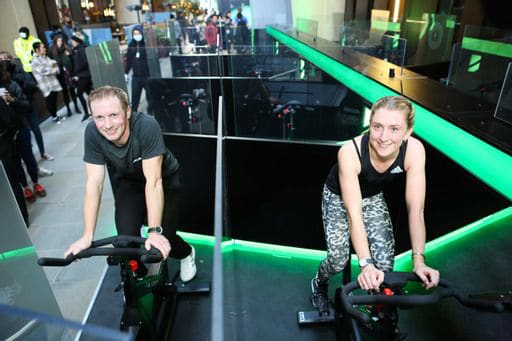 As a multiple world champion, Laura is a highly disciplined and talented athlete who is one of Britain’s most successful cyclists.

She has achieved incredible success in the sport and is a highly motivating speaker passionate about sharing her story to inspire others to achieve their dreams.

Laura was a flag bearer for the 2020 Toyko Olympic Games closing ceremony.

She won silver and gold medals and cemented herself as the most successful female cyclist in British history.

At the 2016 Olympics in Rio de Janeiro, Laura, who dominated from the onset, helped Great Britain set new world records during the qualifiers and final and was once again named Britain’s most successful female Olympian with five medals.

Her then-fiance and fellow British cyclist, Jason Kenny, also bagged five awards, and they were dubbed the “golden couple” with ten medals between them.

Laura also won gold and bronze medals at the UCI Track World Championships and produced excellent results at the National Madison Championships in 2018.

At the 2012 London Summer Olympics, Laura and her team won gold in the team pursuit, and they collectively broke world records in every race.

At the 2022 New Year’s Honours, Laura was appointed Dame Commander of the Order of the British Empire (DBE) for her services to cycling.

Laura is one-half of one of the most successful Olympic medallist families with a combined 12 medals with her husband, Jason Kenny.

Laura is a natural leader and role model who is a regular keynote speaker at global conferences and events.

She inspires worldwide audiences and passionately shares her story of dedication and hard work, as well as the lessons she’s learned about setting goals and overcoming adversity.