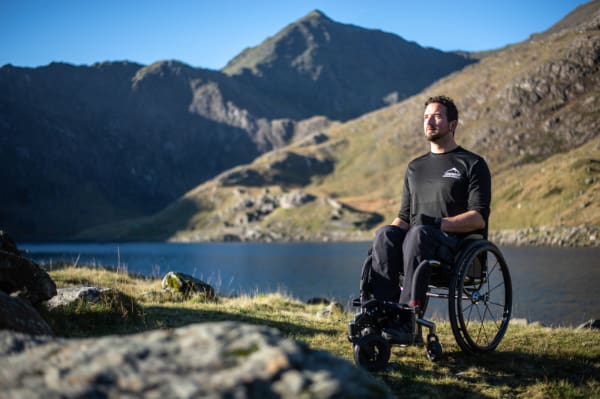 Darren Edwards is a former mountaineer and Army Reservist who sustained a life-changing injury in the summer of 2016.

The near-fatal climbing accident would leave Darren permanently paralysed from the chest down.

Refusing to let the word disability define who he is as a person and committed to helping challenge the perception of what those with a disability can achieve, Darren has gone on to lead a record-breaking and world first expedition (Kayak 4 Heroes), which saw him lead a team of five injured/wounded veterans in kayaking 1,400 kilometres from Land’s End in Cornwall to John O’ Groats in Scotland.

In 2022, he aims to become the first disabled person to complete a marathon in Antarctica and to run seven marathons in seven days on seven different continents – known as the World Marathon Challenge.

Darren is a passionate mental health advocate, having lost his father to suicide in 2021.

On the 9th of May 2022, he led a team in the gruelling challenge of rowing across the busiest shipping lane in the world, the English Channel, in support of mental health and suicide prevention charities.

This was done in memory of his late father.

Darren’s personal story of overcoming adversity and building a resilient mindset is guaranteed to motivate, encourage change and inspire.

Instilled with humour, down-to-earth honesty and a genuine sense for adventure and pushing the limits of his disability, Darren cares deeply about connecting with his audience and getting them to think – and act – differently.

Darren’s talks are an infectiously positive call to action that nothing is achieved without a resilient mindset.