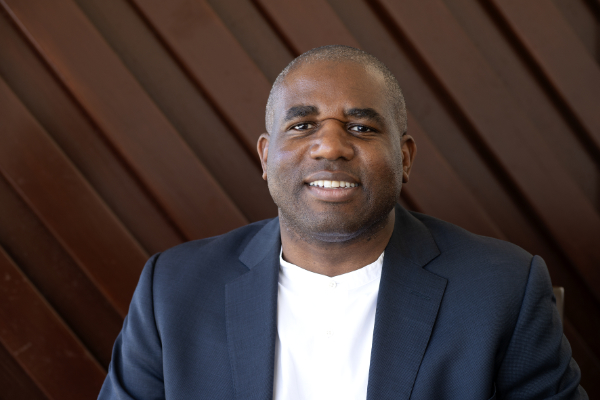 Harvard educated David Lammy is the Member of Parliament for Tottenham and the Shadow Foreign Secretary. One of the leading agenda setters in the fields of social activism, diversity and multi-culturalism, he was a member of the previous Labour Government (2001-2010), is respected across the party spectrum and a well-known figure amongst the general public.

A well-known advocate of social activism, diversity and multi-culturalism, David continues to tackle the big issues facing society (on a macro and micro scale) and provide tangible solutions to bring about effective change.

David led the campaign for the Windrush British Citizens to be granted full British Citizenship, and has been at the forefront of the fight for justice for the families affected by the Grenfell Fire.

In 2017, he published the widely recognised review into the treatment of, and outcomes for, Black, Asian and Minority Ethnic individuals in the Criminal Justice System.

In 2020, David presented a TED talk as part of their latest Countdown series, calling for a global recognition that we cannot solve climate change without racial and social justice.

David’s keynote speaking topics include but are not limited to:

As one of the leading voices on diversity in the UK, hear David’s thoughts on how to challenge cultural issues in a progressive and effective manner and how to ensure that diversity has a positive impact on the workplace and your bottom line.

Building on his best-selling book Tribes, David seeks to navigate post-Brexit reality and build a shared narrative in the face of widening divisions and deepening tribalism.

Social justice in a fragmented and multi-cultural society

Learn from a leading national campaigner how diversity, multiculturalism and multi-racial architecture play an integral role today and how they impact on activism and politics.

How to manage a crisis effectively in a pressurised environment, and the strategic lessons learnt from dealing with testing situations at the front line of politics.

Examine the roots and outcomes of disproportionality in our criminal justice system, intimately tied to a critical analysis of drug laws.

Cities and the built environment

Understand the array of challenges and opportunities facing the infrastructure of our ever-expanding cities, including but not restricted to the relationship between climate action and racial justice.

An insider’s take on the day to day realities of political life and how the tools for dealing with strategic issues at Westminster can be employed at all levels of businesses and organisations.

Understand the similarities and differences between US and UK politics through an exploration of the prominent characters, defining groups and trends effecting these ever-changing landscapes.