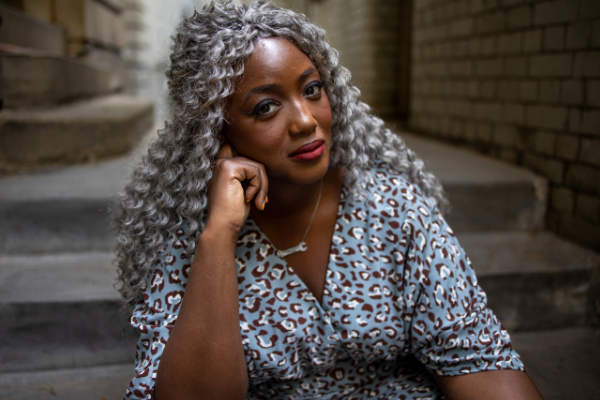 Dr Anne-Marie Imafidon is a keynote speaker, presenter, and co-founder of the award-winning social enterprise, Stemettes.

Voted the most influential woman in tech in the UK of 2020 by Computer Weekly and featured among the top 10 BAME leaders in tech by The Financial Times.
A recognised and respected thought-leader in the tech space and trustee at the Institute for the Future of Work, Anne-Marie has spoken across the globe for some of the world’s biggest digital companies and conferences, including Facebook, Amazon, Google, Mercedes Benz, Fujitsu and Mastercard.

Anne-Marie is the temporary Arithmetician on Countdown, the world’s longest running gameshow. She also hosts the highly popular Women Tech Charge podcast for the Evening Standard, and is a sought-after presenter and conference facilitator, conducting live interviews with famous faces from the tech world and beyond, including Jack Dorsey and Sir Lewis Hamilton. Her first book She’s In CTRL is to be published by Transworld in September 2022

Anne-Marie has been awarded Honorary Doctorates from the Open University, Glasgow Caledonian University, Kent University, Bristol University and Coventry University, and in June of 2017 was made an Honorary Fellow at Keble College, Oxford. She sits on the Board of Durham University’s Computer Science Department, which, in recognition of her work as Head Stemette, offers a scholarship to young women in her name. In 2019 she became a visiting professor for Sunderland University. She is on the board of the UK Government’s Department for Digital, Culture, Music and Sport’s Digital Skills Partnership, the British Library Advisory Council, the Research England Council and is a trustee at the Urban Development Music Foundation and the Women of the World Foundation.

The Tech Landscape and Why Tech Needs Diversity

Tech is a booming industry with growing importance in any given economy, but it is also suffering from a large skill shortage at a time when a criminally low proportion of women are entering and staying in the field. Anne-Marie will dissect the HERstory of the tech industry of the past and present and discuss what we can do to cultivate future tech leaders.

Using Social Media to Your Advantage

Anne Marie’s contemporary and innovative take on this topic shows a modern way to implement the principles from the 1937 perennial bestseller HOW TO WIN FRIENDS AND INFLUENCE PEOPLE written by Dale Carnegie, and also features practical lessons on the benefits of “working out loud”.

Robots are going to take our jobs eventually – in fact, it’s already started. This is a comical, yet real, look at what the future looks likes and ways to future-proof yourself and your business.

Social Entrepreneurship: Doing a Lot with a Little

Anne-Marie uses her wealth of experience from the many lessons learned from running social enterprises and taking something from a mere concept to becoming an influencer, to show how a company or individual can “get the show on the road” with extremely limited resources.

The Definitive Guide to Changing Your Company from the Inside Out

What do Corporate Social Responsibility and philanthropy sponsorship look like in the 21st century? Anne-Marie discusses her 5 ways to changing your company from the inside out:

Youth Entrepreneurship & STEM: The Leaders of the Future

What happens when you fill a house in South London with 115 teenagers for 6 weeks and get them to EAT SLEEP STEM REPEAT? The findings are positively surprising, and Anne-Marie uses them as a platform to show how to engage with the future leaders to best effect. The future is bright; the future is STEM.

How to Lean in if You’re Not Sheryl Sandberg

Anne-Marie looks at the NYT bestselling phenomenon and shows how it can relate to a less well-established audience and provides actionable next steps on how to make your career work for you.