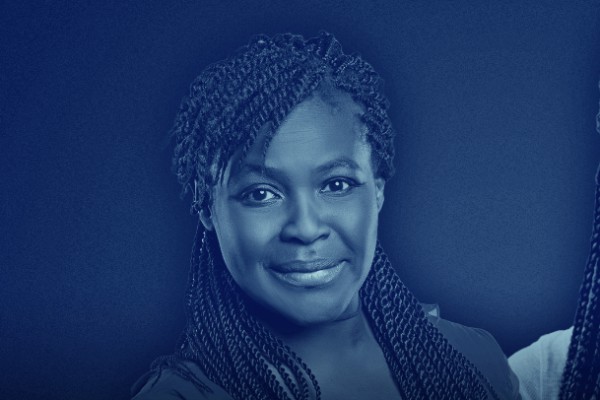 Dr Maggie Aderin-Pocock MBE is one of Britain’s best known space scientists and the co-presenter of The Sky At Night.

She is best known as an English space scientist and co-presenter of the programme The Sky at Night.

Dr. Maggie Aderin-Pocock’s passion is presenting science to a general audience to make them participate in and enjoy science. Her programme Do We Really Need the Moon? on BBC 2, which explored our intimate relationship with the moon, showed just that.

Maggie is also a prolific inventor and tinkerer, creating numerous bespoke scientific tools and instruments, including a hand-held landmine detector and optical work on the James Webb space telescope and the Gemini Observatory.

Maggie’s path to success is an inspiring story in itself. Coming from a working class background and brought up on council estates, she was diagnosed as dyslexic as a child and placed in the remedial class, bouncing between fourteen different schools.

She went on to attain 4 A-levels, earned a BSc in Physics at UCL and a doctorate in mechanical engineering.

Beyond her career – that has led her from the Ministry of Defence to the BBC – Maggie has two driving forces behind her work – bringing the science of space to the masses, and inspiring the next generation of scientists.

Maggie’s enthusiasm and deep knowledge have made her a hit with children and adults alike.

Her company Science Innovation Ltd works to engage and share her passion for space and science with people across the world and young people.

WHAT SHE OFFERS YOU

In her illuminating and inspiring presentations Maggie Aderin-Pocock shares invaluable insights on how science and technology affects our lives.

Her remarks are of great interest for decision makers from all businesses.

The Power to Dream
The Dawn of a New Space Era
Inspiring Scientist
Women in Science: The Challenge
Follow Your Dreams