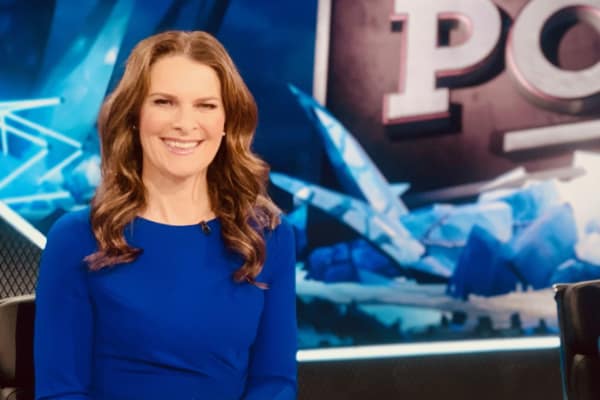 Why Not You? | How to Excel in Life and Business

Resiliency | Thriving in a Changing Environment

Teamwork | The Journey to Success

Jennifer is one of Canada’s most adored sports broadcasters and decorated athlete.

She is a Three-Time Olympic Gold Medallist, and an Olympic Silver Medallist with the Canadian Women’s Hockey Team. Jennifer played an integral role on the team that was highlighted by assisting on the gold medal winning goal at the 2010 Vancouver Olympic Games.

Through sustainable high performance and perspective, Jennifer Botterill has become one of Canada’s most successful athletes and the epitome of a champion. She has attained Olympic glory on numerous occasions and is currently the CEO and president of two companies – Excel in in Life Inc and Journey to Excel Inc.

Botterill is a graduate of Harvard University and the only two-time winner of the Patty Kazmaier award, an honour only for the top player in women’s college hockey. She is also a five-time world champion and was twice named the most valuable player of the World Championship tournament.

Today, Botterill is an analyst for the NHL’s New York Islanders with MSG Networks and was recently an in studio analyst for NBC’s historic first all women’s broadcast team. She has also worked with TSN, Sportsnet, and CBC in various roles covering Hockey Canada, the Winter Olympics and the NHL.
Botterill has taken several roles as a leader for development and mentorship. She has worked on projects for the International Olympic Committee (IOC) and the International Ice Hockey Federation (IIHF), and is currently an ambassador for Right to Play.

Her career is inspired by her family.

Her mother competed in two Olympic Games as a speedskater, her father is at the top of the field in the world of Performance Psychology, and her brother is a three time World Junior Hockey Champion, 3 time Stanley Cup Champion with the Pittsburgh Penguins and worked as the general manager for the Buffalo Sabres.

As part of this motivating, accessible and effective program of development workshops led by a team of qualified experts, Jennifer addresses the importance of sustainable high performance using lessons learned over her athletic career, education at Harvard and entrepreneurial experience.

The complete High Performance Program includes four (4) sessions, each lasting three (3) hours, and can be custom-tailored to address varying needs.

Jennifer has a captivating on-stage presence and that special ability to instantly connect with her audience.
Her messages about hard work, dedication, positive attitude, and mental clarity and focus to reach goals and overcome obstacles resonate deeply with the audience, and in ways that allow audience members to tailor those messages to personal experiences and challenges. Jennifer’s one of a kind and would make any client event memorable.

[ Jennifer ] led our audience through an inspirational journey – one that has linked the themes of persistence, the importance of goals, overcoming defeat, moving on from triumph, and the importance of seeking accomplishment and self-fulfillment along life’s journey.
Her unique skill is her ability to personalize her story and leave the audience feeling that they have connected with her personally, and that through her example, anything is possible – not just in sport, but in accomplishing any bold ambitions one might establish for themselves or their business. She is a tremendous Canadian role model!