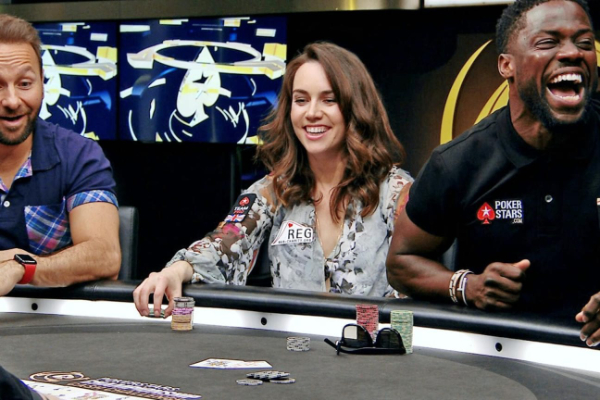 A self-confessed nerd with a first class degree in astrophysics, Liv combined her science background and passion for games to become one of the most recognizable faces in professional poker.

She was the #1 ranked female player from 2014-2016, and holds both European Poker Tour and World Series of Poker championship titles after winning more than $4 million on the international circuit.

Liv is also a keen philanthropist, and in 2014 co-founded Raising for Effective Giving (REG), a research and advisory non-profit that uses the philosophies and strategies of Effective Altruism to identify and raise money for the most globally impactful charities.

Since retiring from professional poker in 2018, Liv is now focussed on education, keen to inspire others with the rational thinking techniques she has learned through both poker and Effective Altruism.

Liv is a professional speaker who inspires and entertains audiences of clients from a broad range of industries. In 2018 she gave breakthrough TED Talk and TEDx talks that have received more than three million views, and has since spoken at numerous conferences around the world.

Wielding such maxims as “your gut is your friend, and so is a cost-benefit analysis” and “the future is unknown, but you can damn well try and estimate it,” her talks draw invaluable and personal lessons from her unique story.

Like poker, life is a game of high-stakes decisions under uncertainty. Liv explores the thinking techniques of top poker players, including cognitive bias reduction, emotional control and the role of intuition in decision-making.

We live in an increasingly complex and uncertain world, so how do we keep our sense-making capabilities in top shape? Drawing from her background in science, poker and applied rationality, Liv explains how to upgrade your prediction skills with techniques such as expected value thinking and Bayes Rule.

A Woman in a Man’s World

As a female professional poker player, heavy metal enthusiast and physics graduate, Liv is very accustomed to being the only girl in the room. Liv discusses the pros and cons of being a woman in a male-dominated industry.

Philanthropy is undergoing a scientific revolution. Previously, charity and the act of “doing good” was a fuzzy, unmeasurable concept that most people felt couldn’t — or maybe even shouldn’t — be evaluated or compared. But nowadays, improved data and evidence allows us to better measure the impact of our philanthropic actions. In this illuminating talk, Liv discusses how, and why, we should prioritize between cause areas, and how we can maximize the positive impact we want to achieve on the world.

How far does the Earth stretch if you cut it into one metre cubes and lay them out in one long line? When is a positive medical test result still more likely to be false than it is to be true? And which likelihoods are closer together: 50% and 1%, or 1% and 0%? Prepare to have your mind blown as Liv explores fascinating counterintuitive concepts that defy our deepest instincts.