Mark Gallagher – Lessons from Formula One 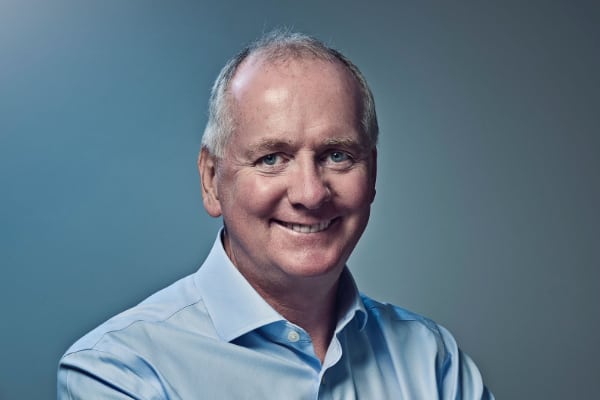 Mark Gallagher is a renowned keynote speaker on a range of business topics relating to his experiences gained while working in senior leadership roles within Formula One motor racing over the last 30 years.

Since 1998 he has spoken for many hundreds of organisations, ranging from national SME’s up to large, global corporations.

Mark’s management career in Formula One included more than a decade on the management board of the highly successful, race winning Jordan Grand Prix team, running the world famous Cosworth engine business and establishing the commercial arm of Red Bull Racing which went on to become 4-times World Champions.

During his career he has worked with many of the sport’s leading drivers, including former World Champions Ayrton Senna, Michael Schumacher and Jenson Button.

Today he works closely with a number of the sport’s major stars including David Coulthard, Mika Hakkinen and Jacques Villeneuve.

Today Mark runs Performance Insights, providing deep-dive insights into Formula One, and working alongside some of the sport’s greatest stars.

He regularly features in the media, working with organisations including the BBC, Sky Sports and ESPN, and consults for a range of companies involved directly in Formula One today.

Mark’s career in Formula One started in 1983, spending seven years working in the media and as a consultant to Philip Morris International before joining Eddie Jordan’s fledgling Grand Prix team in 1990.
He was a member of the team’s management board, having full responsibility for the team’s day-to-day marketing and commercial activities.

He became part of the newly created Red Bull Racing management team in 2004, and was invited to lead Cosworth’s return to Formula One as an engine and technology supplier in 2010, overseeing its supply of one-third of the teams on the starting grid.

Along the way he founded Status Grand Prix, which won the 2009 Motorsport World Cup of Motorsport and became a race-winning team in junior formulae as well as competing in the Le Mans 24 Hours sport car race.

He helped developed the new hybrid petrol-electric engine regulations introduced into Formula One in 2014, and recently published his second book – ’The Business of Winning – Strategic Success from the Formula One track to the Boardroom’.

Between 2005 and 2009 Mark was motor sport consultant to Disney Pixar on CARS and CARS II.

A Formula One team has to design, manufacture, develop and operate a high performance vehicle which combines technologies from aerospace, automotive and ICT.

Compliance is essential, so too ensuring that the cars are safe, reliable and high performing.

Deadlines cannot be missed; the Grands Prix which comprise the FIA Formula One World Championships represent series of non-negotiable deadlines.

Team work is key; the top teams have 1000 staff, only 10% of whom attend the races, so the high performance team work starts weeks, months and years before an event in the research & development facilities and factories where these fascinating Formula One machines are developed.

Driving business benefits from the pace of change

Every industry is witnessing change, and Formula One is no different; as a multi-billion dollar sport it has seen unprecedented change in the last 20 years.

The number of events has grown, shifting from its heartland of Europe to a truly global calendar which sees 65% of events in long-haul destinations.

The media landscape is changing out of all recognition; gone are the audiences made up of families watching television together, instead global sports are having to develop products to appeal to all ages and demographics, across multiple digital media platforms.

Not only are the sport’s teams doing business in new places and in new ways, but diversification strategies are being implemented as business models evolve.

The EU ban on Tobacco Advertising and Sponsorship in 2005 caused a seismic shift, so do did the aftermath of the 2008 financial crisis.

Today teams are selling technology solutions into diverse sectors including automotive, healthcare, pharmaceuticals and aerospace; a radical transformation for Formula One teams, now operating as technology providers to industry.

Above all, Formula One’s leadership teams have had to communicate, manage and implement transformation strategies, bringing their teams with them, and ensuring that they make the most from embracing change.

More than any other sport, Formula One has embraced a data-driven business culture, particularly as regards its near-obsession with marginal gains and continuous improvement.

Starting in the late 1980’s teams began to develop the ability to gather, process, store and utilise information streams in order to better manage risk, optimise performance and guarantee outcomes.