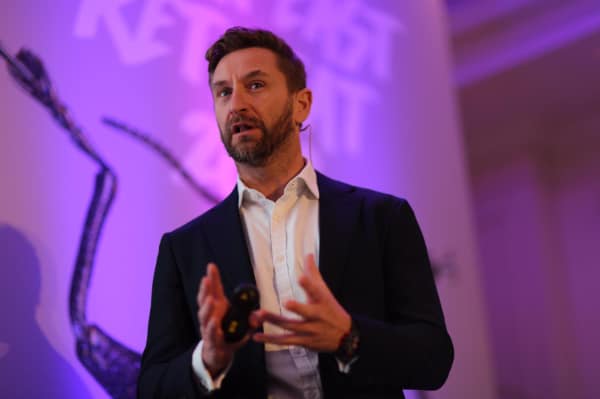 Before taking his commercial flying job, Matt was a Royal Air Force Fast Jet pilot and later became a Captain on the Queens Flight, flying Her Majesty The Queen, members of the Royal Family, the Prime Minister and Cabinet world wide for over 10 years.
Matt’s speaking career stretches from workshops to keynote speaking on lessons learnt from aviation, aimed at reducing human error in the work place.  His keynotes use case studies of aircraft accidents, apply basic psychology and offer lots of ‘take homes’ for any audience.  The aviation sector has transformed safety and training by understanding why people make mistakes.

Matt also delivers talks on Diversity and Inclusive Leadership.  He was one of the first gay pilots in the service. When he joined the Royal Air Force in 1995 it was against the law to be homosexual, but he had a passion for flying and desperately didnt want his sexuality be a barrier to fulfilling his ambition to become a Fast Jet Pilot.

Whilst not being open about his sexuality, he fulfilled his ambition and finally qualified as a Fast Jet Pilot. However, in a candid account he describes his journey and the impact on his mental health whilst hiding his true self and operating in a macho, intolerant work environment. In his candid address he highlights that with no one to turn to, his performance faltered, his stress levels became unmanageable and he failed his ‘Top Gun’ course at RAF Valley.  He passionately believes that there is a direct link with mental wellbeing, stress, performance and productively.   He eventually moved to the Royal Squadrone and met an inspirational leader who developed trust and inclusion.  As a result when the law changed he eventually came out. His leader’s exemplary inclusive style changed his life, both personally and professionally.  Although Matt’s diversity talk has an LGBT theme, it holds relevance to wider issues of marginalisation, be it gender, working parents, or ethnic minorities.
Matt is an unforgettable speaker, his story is unique, and his stories mean it will leave a lasting impression on any audience.