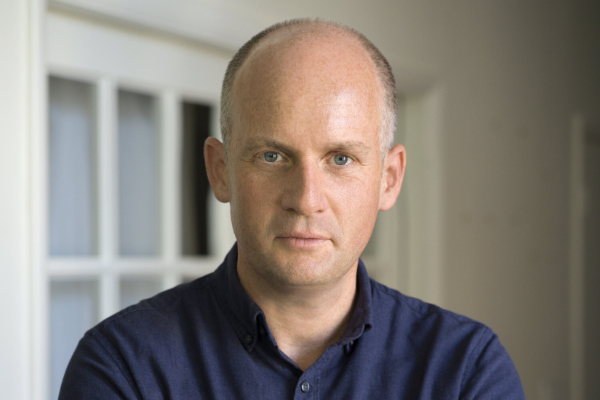 For many years Oliver Burkeman wrote a popular weekly column on psychology for the Guardian, This Column Will Change Your Life.

He has a devoted following for his writing on productivity, mortality, the power of limits, and building a meaningful life in an age of bewilderment.

Four Thousand Weeks (the average lifespan of a human) is a New York Times best-seller and named one of the best books of 2021 by the Financial Times, The Times, The Observer, Audible, Time and Barnes & Noble.

Here, Oliver explores why the central challenge of time management isn’t becoming more efficient, but deciding what to neglect; why, in an accelerating world, patience is a superpower and why, in conditions of limitless choice, burning your bridges beats keeping your options open.

Oliver Burkeman is a British journalist and Sunday Times bestselling author who writes about the quirks and contradictions of human behaviour.

He’s been a frequent columnist for The Guardian, The New York Times, and other top-tier publications for over a decade.

He is a highly engaging speaker who has attracted legions of global fans with insightful, entertaining, and stylish writing and speeches, perfect for anyone looking to make sense of the strange complexities of modern life.

Based in New York, Oliver has been a top contributor to The Guardian for over ten years, providing features and articles on psychology, self-help and productivity.

His work focuses on the sceptical exploration of self-help trends, happiness advice, productivity tips, and all things designed to making life more fulfilling.

Oliver is a revered author who has published several books that are welcome antidotes to the widespread culture of self-help and positive thinking.

Help! How to Become Slightly Happier (2011) reads like an essay compilation about self-improvement and self-help, but with a straightforward approach cutting through a lot of the fluff.

The Antidote (2012) examines the belief in positive thinking and how people mentally deny failure, highlighting how such ideas typically lead to disappointment and self-blame rather than enjoyment.

Oliver’s instant Sunday Times bestseller, Four Thousand Weeks (2021), introduces readers to methods for building a meaningful existence by accepting rather than denying their limitations and encourages the reader to reject “getting everything done”, which is prevalent in modern life.

It was named a Guardian, Financial Times and Observer book of the year and in The Daily Telegraph’s 75 best books of the year.

As a speaker, Oliver has a gift for taking complex topics and making them easy to understand – which is why his columns are beloved by readers around the world.

He challenges traditional views of success and argues that negative thinking can be a powerful tool for change, encouraging readers to embrace uncertainty, accept failure, and find solace because life is messy.

He argues that we can learn to live more meaningful lives by accepting these truths.