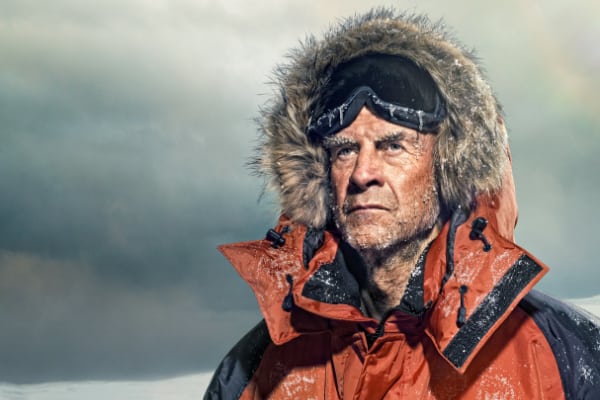 Ranulph Fiennes is the only man alive ever to have travelled around the Earth’s circumpolar surface (more people have been on the Moon!)

Now he’s taking on a new record-setting challenge, the Global Reach Challenge, to raise funds for Marie Curie. By completing the challenge he’ll become the first person to have crossed both polar ice caps and climbed the highest mountains on each continent.