Victoria Gosling – Leading into the unknown 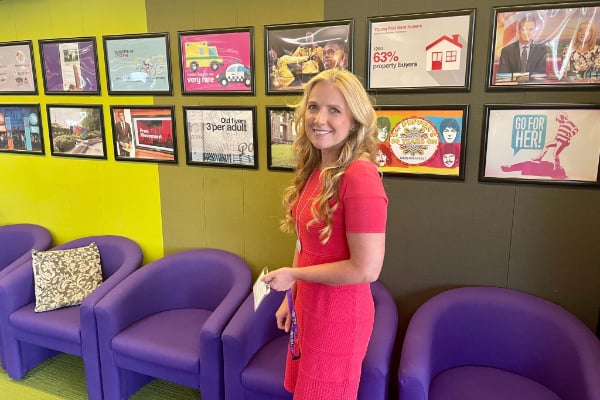 Victoria Gosling has had an outstanding career to date with many achievements, including being the Chief Executive Officer for Invictus Games 2016 in Orlando and the Military Project Lead for the first Invictus Games (London 2014), inspiring 14 nations and over 400 athletes to compete.

She has completed 21 years’ service within the Royal Air Force culminating with the prestigious rank of Group Captain.

Victoria has served on numerous deployments around the world and prior to the inaugural Invictus Games she was the Base Support Commander for a Support Helicopter Base of 2000 personnel, which provided support to Operation Herrick, Afghanistan.

Victoria Gosling is a passionate sportswoman and dedicates most of her spare time promoting sport across various sectors.

She is Chief Executive for GB Snowsport; Board member for the British Olympic Association; Custodian for the Rugby Centurions, responsible for creating Social Impact on a global platform through the rollout of the Centurions Future Leaders Course for children aged between 11 and 18;Invictus Games

Strategic Advisor for the UK Delegation Board; and she is a Board Director and Chief Strategy Officer for a flourishing FinTech Business with a mission to provide solutions at scale, for those who are under served, over charged or excluded by main stream financial services.

In addition, Victoria Gosling is a Newspaper Reviewer for the BBC; a motivational speaker for Inspiring Women; a Senior Military Advisor/Ambassador for the Jockey Club and Sage Global.

Victoria also recently made a critically acclaimed West End debut as the Narrator in the musical Girlfriends, which is set on an RAF Bomber Command base during World War 2.

She is a mother of 3 young children and enjoys cross fit, triathlon, playing tennis and spending time with her family.

Dealing with the unknown and reacting to challenges and barriers. In the military Vicky served on numerous tours of Afghanistan and organised many high pressure events, often at short notice reacting to unexpected events.

Understanding and getting the most out of people to run a successful operation. From her military background, Vicky now not only leads teams in sport, but also for charities and a fintech called Auden.

Although she doesn’t necessarily have a background in snowsport or finance, she is able to inspire and energise teams, maximising an individual’s abilities to contribute to the overall success of the company.

Generating an environment of open mindedness and exploring new ideas and opportunities. Challenging the norm and looking for new ways to grow the organisation.

Project Balance run by GB Snowsports takes skateboards to inner city schools and introduces children who have never had the opportunity to go skiing to extreme sports.

Those that show potential are taken to the dry slopes and some even to snow in Europe.