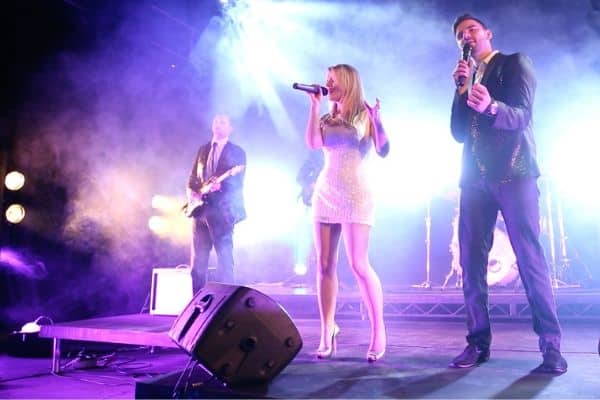 The Philosophers are a a slick and sophisticated event band, made up of some of the UK’s most sought after artists and musicians. Our elite musicians have not only trained at the highest level at Trinity Laban Conservatoire, the London College of Music and the Institute of Contemporary Music, but have working credits that include performing at venues as diverse as the O2 Arena, the Royal Albert Hall and Ronnie Scott’s Jazz Club, to name only a few.

With The Philosophers you get incredible music, but also performance factor, high energy and audience interaction that will have your audience in awe and your dance floor heaving! Philosophy love what they do and that’s obvious in every performance, which is why they have worked with greats including Boys II Men and the Glenn Miller Orchestra, toured with The Drifters on their ‘Optimum Tour’, and supported Passenger. Within Philosophy we have musicians signed to EMI Publishing, vocalists that have performed on BBC One, Sky and ITV, and a band that will give you a show that your guests will truly remember!

It isn’t all about the famous names that band have performed alongside, we even have a celebrity in our midst. Yes you may recognise Sean not only from the X Factor live finals but The Voice UK too, and wow what a voice! Since taking on all those judges, Sean has gone from strength to strength in his own right, supporting the dance troupe Diversity on their UK Arena tour and performing for OK Magazine and numerous celebrity weddings.

A selection of this act's repertoire can be found below!