Brett King (US) – Voted American Banker’s Innovator of the Year 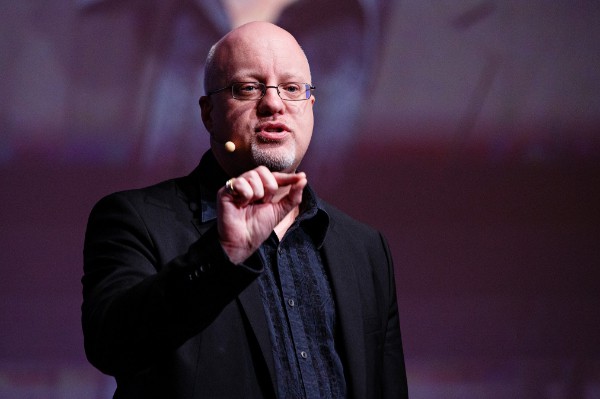 Brett King is a futurist, an Amazon bestselling author, an award winning speaker, hosts a globally recognized radio show, is the Founder and Executive Chairman of neo-bank Moven. He advised the Obama administration on the Future of Banking, and has spoken on the future in 50 countries in just the last 3 years.

Brett King is an International Bestselling Author, a world- renowned futurist and media personality. President Xi Jinping cited his book Augmented. He has spoken in over 50 countries, given keynotes for TEDx, Wired, Techsauce, Singularity University, Web Summit, The Economist, IBM’s World of Watson, CES, SIBOS and more. He has appeared on CNBC, BBC, ABC, Fox, and Bloomberg. He advised the Obama administration on Fintech.

King hosts the world’s #1 Fintech Radio Show/Podcast called Breaking Banks (180 countries, 6.5 million listeners). He is the founder of Moven, a globally recognized mobile start-up, which has raised over US$40 million to date, and launched the first in-app mobile bank account offered anywhere in the world.

Banking Exchange named him the King of the Disruptors, he was nominated as American Banker’s Innovator of the Year, voted the world’s #1 Financial Services Influencer by The Financial Brand and listed by Bank Innovation as one of the top 10 “coolest brands in banking”. King was shortlisted for the Advance Global Australian of the Year for being one of the most influential Australians offshore. His book Augmented: Life in the Smart Lane, was a top-10 non-fiction book in North America. Bank 4.0 remained a global bestseller in banking more than 12 months after release. The Rise of Technosocialism, his 7th book will be released mid – 2020.

King travels the globe speaking at events for some of the world’s most recognized and progressive organizations, including: Google, Microsoft, Oracle, The Economist, Forbes, American Banker, and the World Council of Credit Unions. Sharing his disruptive insights into innovation, customer experience, channel distribution strategy and the fundamental shifts in consumer behaviour, King has become known as a leading industry futurist and disruptor and is a frequently featured commentator on CNBC, Bloomberg, Financial Times, The Economist, Huffington Post and The Banker magazine.