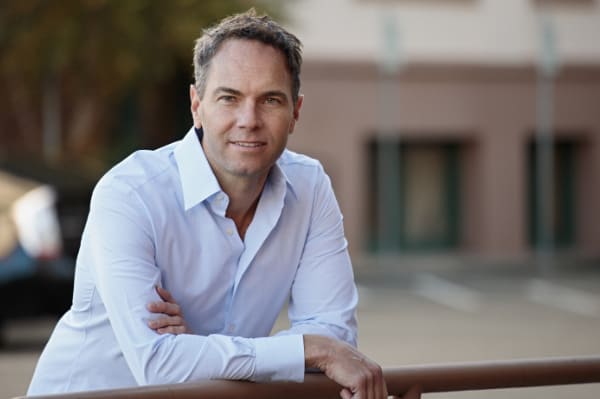 He led the creation of the world’s first mobile music recognition service from concept and invention to commercial launch.

Shazam has been downloaded 2 billion times and is one of the world’s most popular apps.
It was purchased by Apple in 2018 for a reported $400 million, making it Apple’s 6th largest acquisition of all-time.

Prior to entering the world of technology Chris was a strategy consultant and earned two master’s degrees from Berkeley and Cambridge University.

An expert on the unique mindsets that drive game-changing innovation, Chris has 12 patents including one found today within the Google search algorithm used by billions of people.

He has invested in a variety of startups ranging from artificial intelligence for heart health to inflammatory disease therapeutics.

Chris starred in a Superbowl TV ad featuring “mobile innovators” including Ray Kurzweil and the founder of Instagram.

He now spends much of his time building his third startup company which will detect drowning in swimming pools using artificial intelligence.

Breaking the Sound Barrier – Challenges We Faced and Lessons We Learned in Building Shazam.

Before smartphones, apps, and digital voice assistants, Chris Barton came up with the idea for people to identify songs by using their phone in 1999.

But turning this idea into a commercial product was exceptionally difficult since PhDs in signal processing considered this problem “impossible” to solve due to the background noise.

In addition, the startup faced numerous challenges in building the “fingerprint database” of millions of songs as well as launching to users in a world before mobile apps existed.

In this exciting talk, Barton shows audiences what it takes to bring an original idea to market when everyone says you can’t do it.

What does it take for your startup to succeed? Chris Barton founded Shazam in 1999 with three of his friends but it took years to take a simple and original idea from a working algorithm to profits. In this enlightening and no-punches-pulled talk,

Barton shares the story of the incredible challenges Shazam faced to “survive” through years of near-bankruptcy and explains his view of the ingredients necessary to make your startup successful.

Ten Things I Am Grateful for in My Shazam Experience.

When people tell the stories of startups, they usually focus on the obstacles overcome and the challenges met, while news stories focus on how much the company sold for.

Rarely do people talk about the rewarding journey of following an idea to its conclusion.

In this talk focused on gratitude, Chris shares how startups gave him the opportunity to work with amazing teams, travel to foreign countries, and having an impact on the world.

If you want to be successful in your career, you’ll need to pick the right obsession. Chris Barton had the chance to work with companies like Google and Dropbox, as well as co-founding Shazam.

In this talk, Chris shares how these companies and others follow the right obsession to market dominance.