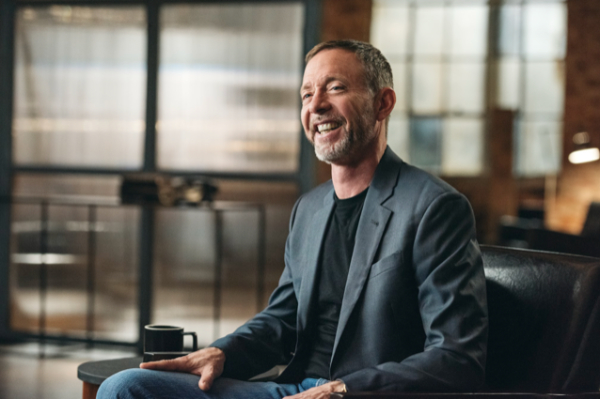 Chris Voss is a negotiation expert, top keynote speaker, former kidnapping negotiator for the FBI, and author of a national bestselling book, Never Split The Difference: Negotiating As if Your Life Depended On It.

At the end of 2020, Chris came out with a Masterclass on Negotiation. Book Chris today, and see how his tactics can change your life.

Chris Voss is CEO of the Black Swan Group and author of the national bestseller Never Split The Difference: Negotiating As If Your Life Depended On It, which was named one of the seven best books on negotiation. In 2008, he founded The Black Swan Group, which specializes in solving business communication problems using hostage negotiation solutions.

Chris has used his many years of experience in international crisis and high stakes negotiations as an FBI agent to develop a unique program and team that applies these globally proven techniques to the business world.

Chris helps companies secure and close better deals, save money, and solve internal communication problems between senior management and employees.
Prior to 2008, Chris was the lead international kidnapping negotiator for the Federal Bureau of Investigation, as well as the FBI’s hostage negotiation representative for the National Security Council’s Hostage Working Group.

Before becoming the FBI lead international kidnapping negotiator, Chris served as the lead Crisis Negotiator for the New York City Division of the FBI.
Chris was a member of the New York City Joint Terrorist Task Force for 14 years.

He was the case agent on such cases as TERRSTOP (the Blind Sheikh Case–Sheikh Omar Abdel-Rahman), the TWA Flight 800 catastrophe and negotiated the surrender of the first hostage taker to give up in the Chase Manhattan bank robbery hostage taking.

During Chris’s 24-year tenure in the FBI, he was trained in the art of negotiation by not only the FBI but also Scotland Yard and Harvard Law School.

He has also taught business negotiation at Harvard University, and has guest lectured at The Kellogg School of Management at Northwestern University, The IMD Business School in Lausanne, Switzerland and The Goethe School of Business in Frankfurt, Germany.

After 24 years with the FBI, Chris Voss has assembled a toolbox of effective tactics for high-pressure negotiations. In his talk, Voss shares the specific things you can do to turn the tide of a negotiation in your favor—illustrating his points with both riveting, high-stakes stories of criminal negotiations and humorous, personal anecdotes from his trips to the mall alike.

why you always want to get your counterpart to say your name to why “yes” is the last thing you want to hear, Voss explains how to move a conversation along, how to startle people in the right way, and how to uncover what someone’s real motivation is.

By the end of this talk, you’ll understand why a notorious terrorist once told Voss, “I hope they’re paying you a lot.”