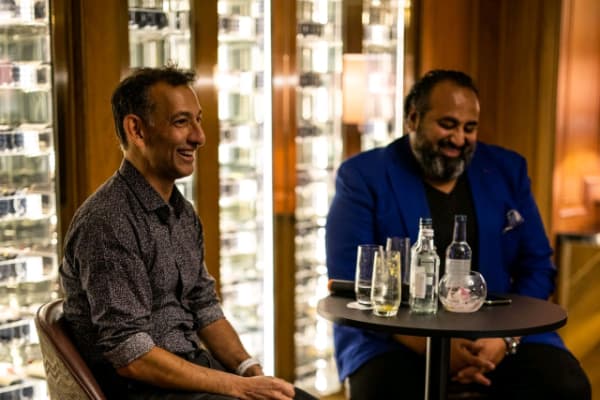 He was named one of Europe’s Top 50 technology entrepreneurs by the Financial Times.

He is now a “Tech for Good” investor, focused on mission-driven companies aiming to create a better future for the planet.

He has invested alongside Bill Gates’s Breakthrough Energy Ventures and in Al Gore’s Generation Investment Management.

Dhiraj is a globally recognised keynote speaker on innovation and sustainable business and has spoken to senior executives and entrepreneurs in over 15 countries clients including Google, Airbus, Vodafone, Santander, The Economist and many more.

Dhiraj has a degree in Mathematical Economics from Dartmouth College, USA and an MBA from Stanford University’s Graduate School of Business.

Dhiraj takes you through the journey of founding Shazam in 2000 – long before smart phones existed – to exiting to Apple in 2018 with over one billion downloads.

He tells the roller-coaster story from idea to exit, surviving the dotcom crash and the financial crisis to become a globally iconic app. This is a story about teamwork, tenacity and resilience.

High Stakes: Why we are all Impact Investors

Dhiraj deeply believes that the best way to predict the future is to create it. He shares insights from investing in mission-driven entrepreneurs aiming to make a positive impact on the planet.

Dhiraj shares his lessons learned on how to create and scale successful digital businesses.

He provides insights into thinking creatively, building innovative teams, developing an entrepreneur’s mindset and the resilience needed to succeed with new digital ventures.

How to Anticipate the Future

We all try to look into the future to anticipate and lead in an increasingly uncertain world. Dhiraj has a unique perspective as a “Tech for Good” investor in emerging technology, sustainable business, and the next generation of consumers.

He shares his insights into the major themes shaping our collective future, and how to position strategically for long-term success.

Dhiraj believes that only companies designed to be adaptive will succeed in the long run.

Generation Z uses innovative technology in their learning, so leaders must adopt the tools of education as well as learn from the next generation of talent.

Dhiraj shares how to adapt – based on his work with EdTech startups, running challenges with students at top universities, and observing how Gen Z thinks and works.