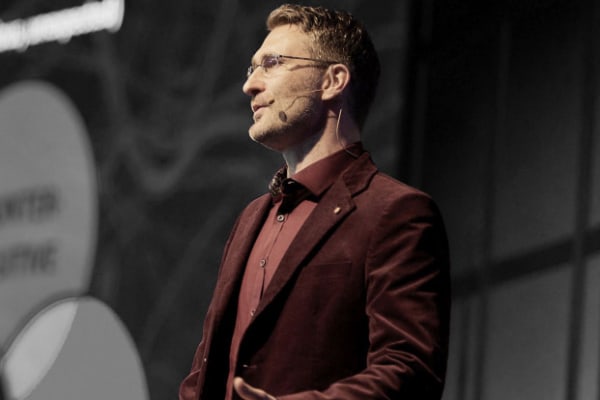 Author of “Creative Being”

Co-founder and Managing Director of Creative Being, an organisation dedicated to enhancing people’s creativity

Dr. Michael Bloomfield is a leading authority on creative thinking and innovation.

An anthropologist with a PhD from the University of East London, where he is a former lecturer, Michael has developed the first unified scientific theory of creativity, Cusp Theory.

Michael’s work has been published in the Guardian newspaper and he has run Guardian Masterclasses in how to unlock your creative potential.

He has given numerous talks on creativity and innovation to global organisations including IBM, Deloitte, Barclays Bank, Proctor & Gamble, and Omnicom.

Also a leading commercial semiotician and business anthropologist, he has spent years providing large organisations with new and bold ideas they are able to leverage to positive effect.

Michael is the author of the book Creative Being which shows how creativity is the most important attribute we possess.

Crucially, one of his major messages is that creativity is not just for artists, poets and painters: it is behind all the best ideas that have ever emerged, from social philosophies and technological inventions to hard-nosed business decisions, military strategies, comedy and tactics in the dating game.

An expert in prehistory and the so-called “Creative Explosion” that saw the rise of humans 50-100,000 years ago, Michael shows that creativity is the one special quality that sets us apart as a species and as individuals today, but which all too often is ignored in the modern world.

His revolutionary app, Creative Being, is the first systematic and science-based tool for increasing anyone’s creative intelligence through daily mental exercises that stretch the mind in new, counterintuitive and valuable ways.

Michael also runs idea generation workshops for TV production companies, branding agencies and companies not working anywhere near the creative industries – because creativity, as the World Economic Forum and others have reported, is now one of the key skills needed in the entire world of work.

One of Michael’s major goals is to expand creativity in education, helping to foster the kind of deep cultural change necessary if schools are not to “kill creativity,” in the words of the late Sir Ken Robinson.

Michael is a creative powerhouse himself, his inventive ideas being behind award-winning advertising campaigns and marketing concepts that have generated billions in revenue.

An artist, musician and storyteller, Michael’s feature film is currently in development. It is about a man who tries to go mad.

Some key takeaways from Michael’s talks

Found the talk great and stimulated some interesting discussions within the wider team. The presentation style was engaging and left me wanting to learn more!

I loved the principle of what you teach. Really cool to suggest these different ways of thinking to almost try and trick the mind away from heuristic based, rule-governed and narrow-minded thinking into outside-of-the-box thought.

A transformative class during which I inverted my approach to problem-solving and surprised myself by generating exciting ideas through an intriguing and thoroughly enjoyable process.

Dr. Bloomfield was the pinnacle of PHD Media’s annual thought leadership tech event, BrainScape. His background in anthropological studies, infectious sense of humor and natural stage presence were the perfect formula to an enthralling narrative on the history and powerful application of creativity. Without a doubt, Dr. Bloomfield was one of the best speakers we’ve had in the last eight years, leaving a room of C-suite executives inspired and equipped to take his transformative insights into action.