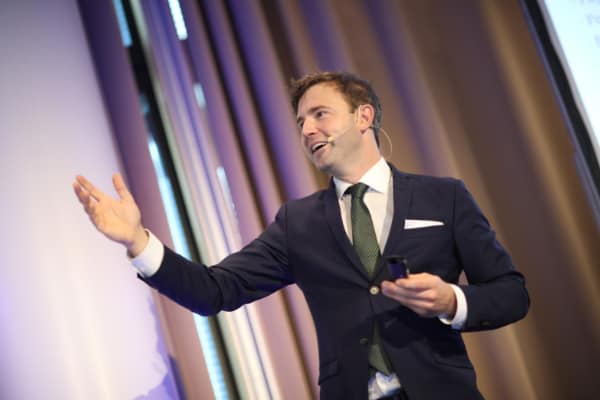 Julien S. Bourrelle left his PhD studies and academic career ten years ago to help people communicate and connect across culture. His cultural story begins in Québec at age 20.

He could only speak French and had never been outside Canada. He now speaks four languages and lived in five countries where he acquired unique cultural skills which he shares in his lectures and books.

Each time Julien moved country, he made an conscious effort and adapted his lifestyle to the local cultures.

While doing so he acquired unique insights in how to communicate with people of different cultures and how to integrate I different societies.

Julien left his academic career to help people communicate and connect across culture. His cultural story begins in Québec at age 20 when he could only speak French and had never been outside Canada.

Fifteen years later, he speaks four languages and acquired unique cultural skills which he shares in his lectures and books.

He studied Mechanical Engineering and rocket science in five countries where he adapted his lifestyle to the local cultures. Moving to Scandinavia has been the most challenging cultural experience of his life!

Julien resides in Norway since 2009 and is the author of the bestseller series “The Social Guidebook to Norway”, “The Swedes” and the founder of Mondå Forlag, a publishing house who’s mission is to provide tools that help readers better understand cultural differences in order to benefit best from diversity. Mondå’s authors bridge culture by explaining to foreigners the behaviors of Norwegians, Swedes and Danes. Scandinavians become more aware of how peculiar they are. Mondå Forlag has 9 titles in sales.

Julien’s work bridging cultures has been widely spread on social media and in the press. Julien received the TOP 10 award from HRH Crown Prince Haakon of Norway given to an international role model in the Norwegian working and social life.

He is a regular guest on national radio, was invited to the Lindmo show – Norway’s largest talk show – in 2015 together with the Norwegian minister of defense to discuss culture and is seen as a national resource for the multi-cultural country Norway has become. He was also features in Elle Sweden and many other both in Sweden and Norway.

His lectures focus on how to benefit from diversity and brings a humorous perspective on social behaviors. He explains with enthusiasm the peculiarities of culture, illustrate how everyday behaviors are misinterpreted and how it leads to cultural misunderstanding. Julien also holds lecture on how to connect with people and is often ask to teach the art of public speaking.

He is a well known speakers in Norway and Sweden, and travels the worlds lecturing about how culture shapes behaviours.

Julien uses humor to make you reflect about how your culture influences you more than you think.

Through entertaining stories and visual examples, you will learn about verbal and non-verbal communication, social norms, rituals and values that influence interpersonal interactions across cultures.

The lecture is based on Julien’s simple illustrations which help us understand culture and cultural differences in a funny way. You will learn to understand better and communicate more effectively within multi-cultural environments and learn to be more aware of your own behaviors and how they may be misinterpreted by people of other cultures.

The lecture improves communication at work and provides practical tools to understand how to connect with people having a culture different than yours.