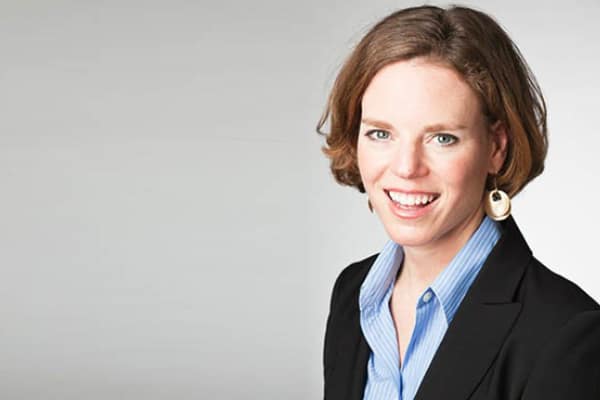 Former Global Chief Economist at John Hancock/Manulife Asset Management, Megan is an expert in economic data analysis, gauging the health of the global economy and identifying potential inflection points in the markets and the macro environment. Having cut her teeth as an economist successfully forecasting the crises in Greece and Ireland and their potential to fuel a wider eurozone debt crisis, Megan now advises central banks and governments around the world and conducts research into economic theory, reality and how the gap between the two sustains inequality.

Megan Greene is a leading authority on the global economy and a Senior Fellow at Harvard Kennedy School’s Center for Business and Government. She was previously the Global Chief Economist at John Hancock/Manulife Asset Management, responsible for identifying and forecasting global macroeconomic and financial trends to guide investment. She looks at how macroeconomics, financial markets, politics and policy correlate.

Prior to joining John Hancock/Manulife Megan headed her own economic consultancy, Maverick Intelligence, and before that was director of European Economics at the internationally renowned Roubini Global Economics, an independent global economic and market strategy consultancy. She also served as the euro crisis expert at the Economist Intelligence Unit, conducting economic analysis on Greece, Ireland, Italy and Germany in the depths of the euro crisis.

As well as working with the Federal Reserve and ECB, Megan has also provided expert advice and testimony to the US Treasury department, the US State Department and the House of Lords, and is a member of the Council on Foreign Relations. She also serves on the board of directors of the National Association for Business Economists (NABE), the Parliamentary Budget Office in Ireland, Rebuilding Macroeconomics (a multi-disciplinary UK research initiative aiming to make economics policy-relevant) and Econofact (a research initiative compiling economics articles in an easily digestible format to combat ‘fake news’). She is also an Affiliate of the Rhodes Center at Brown University and Fellow at Trinity College Dublin.

Megan is a regular studio guest on TV and radio including the BBC, CNBC, Bloomberg and NPR offering analysis on developments in global, US and European economies, policies and politics. She also writes a biweekly column in the Financial Times on global trends in economics and the markets.