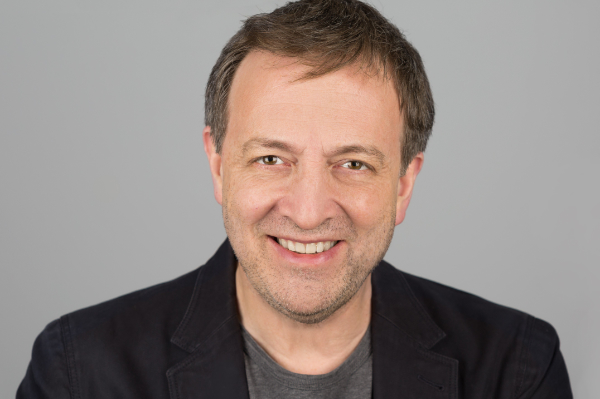 Misha Glenny is an award-winning journalist who made a name for himself as the BBC’s Central Europe Correspondent covering the 1989 revolutions and the wars in the former Yugoslavia.

He has a Sony Gold Award for Outstanding Contribution to Broadcasting and is also a winner of BT’s Information Security Journalist of The Year.

His book McMafia: Seriously Organised Crime and DarkMarket: How Hackers Became the New Mafia were shortlisted for several prizes, and McMafia has been adapted in a joint production between AMC (in the US) and the BBC into a major television series that has recently been commissioned for a second season.

His most recent book, Nemesis: One Man and the Battle for Rio, is the biography of the former head of a major Brazilian cocaine cartel who Misha interviewed at length in prison. Nemesis is also in development as a television drama series.

Misha’s series Putin: Prisoner of Power was one of Audible’s best-selling politics podcasts in 2019 as was his 2020 follow up, The Rise of the Iron Men, looking at the surge in support for Trump, Johnson, Orban, Erdogan, Bolsonaro, Modi and Duterte.

He also draws on his background in geopolitics to show how great power relations are driving insecurity in cyberspace, and why companies cannot rely on government to shore-up their vulnerabilities.

Misha is currently writing a new book, The Cobra Effect: A History of the Present, in which he will explain exactly why our present is so turbulent, looking back over the past century in which he has met and discussed the world with many of its key players.

He is also developing a major new drama series, Amazonia, which plays out against one of the biggest dramas of all – the deforestation of the Amazon.

Keynote topics include, but are not limited to

While the pandemic has slowed most things down, cyber-attacks and geo-political tensions have been rising steeply. In this brand new talk, Misha Glenny offers unique insights into the challenges which geo-political tensions are creating across the tech sector and specifically in the sphere of cyber security. With this usual mix of video, stunning animation and original graphics, Misha tells you what need to know about the US, Russia, China, Europe, Israel and Iran in order to keep yourself more secure.

Misha exposes cyber threats to businesses while arguing that high-tech digital solutions are only part of the solution. Every member of an organisation, from top to bottom, needs to understand their role in maintaining good cyber hygiene.

Why are central governments so terrified of cryptocurrencies? And just what are blockchain, bitcoin and Web 3.0 anyway? Misha explains all this and more in an illuminating talk that takes us on a journey through the darker side of these technologies and their implications for you, your company and the world at large.

From the Russian mafia to the Latin American drug cartels, Misha explains how the extraordinary growth of global organised crime – which began in the early 1990s – was triggered by the liberalisation of money markets and the fall of communism in Eastern Europe. His keynotes include some jaw-dropping anecdotes gathered from talking not just to intelligence and law enforcement officials, but to the criminals themselves.

The Rise of the Iron Men

Why have so many critical democracies elected strongmen leaders who aim to change the rules of the democratic game? In a tour de force, Misha looks behind the extraordinary personalities now reshaping our world to explain the underlying trends driving their success and whether their success will be sustained. He answers the question as to whether we are now seeing the sun setting on the very idea of liberal democracy.