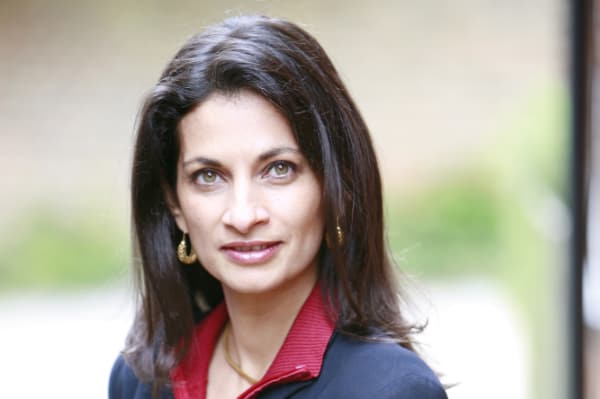 Nisha Pillai is an accomplished former news presenter with BBC World News who now specialises in moderating Panel Discussions and High Level Dialogues. She has worked closely with several UN agencies, with scientific institutes such as CERN, and with industry events and conferences in the Finance, IT and Energy sectors.

Nisha’s 25 year career at the BBC culminated as one of the main news anchors at BBC World News, where she reported extensively during the 9/11 attacks and the Iraq war. She was also one of the first regular interviewers on Hard Talk. As an award-winning investigative journalist at Panorama, the BBC’s flagship current affairs programme, Nisha had notable investigations to her name. She was awarded the Royal Television Society’s Award for her investigation into the late Robert Maxwell, which was broadcast a month before his death. Nisha cut her teeth as a financial journalist at the Investors Chronicle and on the BBC’s Money Programme. She read economics at the London School of Economics and was a graduate trainee at Schroders Investment Bank.