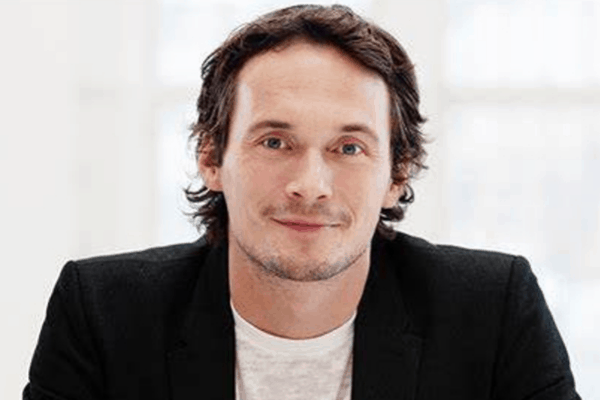 Richard Reed CBE is a Co-Founder of Innocent Drinks – the UK & Europe’s No.1 smoothie brand.

After graduating from Cambridge University and working in advertising for four years, Richard and his two college friends Jon and Adam, decided to set up a fresh fruit juice company.

After six months of developing recipes in their kitchen, the boys wanted to test their drinks with a wider audience.To do so, they bought £500 of fruit, turned it into smoothies and sold them from a stall at a music festival. They put up a sign that said, ‘Should we give up our jobs to make these smoothies?’, and put out a big bin that said ‘NO’ and one that said ‘YES’.

Fortunately, by the end of the weekend, the ‘YES’ bin was full, so the next day they resigned. From that day on, Richard Reed, Jon Wright and Adam Balon set about building Innocent Drinks.

The business was started in May 1999 and now has a turnover of over £200m. The team has grown from three to 350 people who work across Europe (with products available in 15 different countries).
The company proves that you can be fast growing and profitable while being responsible. They donate 10% of profits to charity, mainly to the Innocent Foundation which supports global charities to help the world’s hungry. Oh, and by the way, Innocent smoothies have won more taste tests than all their competitors put together!

RICHARD REED CBE – ENTREPRENEUR AND KEYNOTE SPEAKER:
In 2013, Richard and his co-founders sold their controlling stake in Innocent to Coca Cola in a deal valuing the business at over half a billion dollars.

Richard remains on the board as a minority shareholder.

As well as co-founding Innocent, Richard Reed is the co-founder of:

Jam Jar Investments – a company that backs young entrepreneurs Art Everywhere – the world’s largest art show The Reed Page Foundation – charity that funds global peace-brokering & environmental protection initiatives.
Richard is also Chairman of the Innocent Foundation and has at various stages in his career been a non-Executive at the Department of Energy and Climate Change, a director of the human rights charity Videre and a government advisor on entrepreneurship.

As a keynote speaker, his speaking topics include: