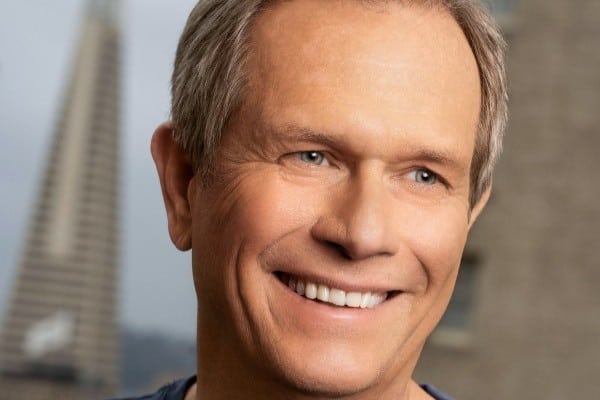 Rob Chesnut is the Chief Ethics Officer of Airbnb Inc., a role he took on after nearly 4 years as Airbnb’s General Counsel.

Airbnb, Inc. is a $30 billion private global travel and payments company that operates an online marketplace and hospitality service for people to rent short-term lodging including homes, apartments and rooms, and to participate in local experiences.

The company has over 4 million lodging listings in 65,000 cities and 191 countries and has facilitated over 500 million guest check ins.

Rob is a graduate of Harvard Law School and the University of Virginia. He worked for 14 years with the U.S. Justice Department, including 10 years as an Assistant United States Attorney in Northern Virginia.
As a federal prosecutor, Rob ran the Major Crimes unit and prosecuted a wide variety of cases, including bank robberies, kidnappings, murder, and drug trafficking organizations.

He handled the prosecution of CIA, FBI and other employees of the intelligence community for espionage, including CIA employee Aldrich Ames. He is the recipient of the Justice Department’s John Marshall Award for litigation, and the CIA’s Outstanding Service Medallion.

In 1999, Rob left the U.S. Attorney’s Office and moved to California to become eBay’s third attorney, handling a wide variety of litigation, IP and regulatory/compliance matters for the company globally.
Rob was promoted to run the company’s North American legal division in 2001, and in 2004 he was promoted to eBay’s executive leadership team as Sr. Vice President of a newly created Trust and Safety department.

As the founder and head of eBay Trust and Safety, Rob was responsible for overseeing all site rules and policies for the eBay global community of over 150 million users, and building the first ecommerce person to person platform trust and safety team.

Rob and his team built eBay’s fraud detection and prevention infrastructure, and his team of over 2000 employees reduced reported fraud and counterfeiting activity on eBay’s 20+ sites by 60% over 4 years.
Rob was eBay’s spokesperson for site policies and fraud, and he was interviewed in over 200 television, newspaper, radio, and magazine stories for his pioneering role in combating Internet fraud.

He left eBay in the fall of 2008 to become the General Counsel of LiveOps, Inc. in Santa Clara, CA, and moved to Chegg in 2010 as the general counsel and the company’s first lawyer.

Rob set up Chegg’s legal department, and as a member of the executive team helped transform the company from a physical textbook rental site to a multi-service digital learning platform.

He led the effort to take Chegg public on the NYSE in the fall of 2013, where it enjoys a market cap of over $4 billion.

Rob joined Airbnb in the spring of 2016, where he grew the legal team from 30 to over 150 legal professionals in 20 offices around the world.

His team led initiatives to promote home sharing and address regulatory issues with local governments and landlords around the world.

Rob developed a popular interactive employee program, Integrity Belongs Here, to help drive ethics throughout the culture at the company.

His book “Intentional Integrity: How Smart Companies Can Lead an Ethical Revolution” is set for publication by St Martin’s Press in the spring of 2020.

INTENTIONAL INTEGRITY: HOW TO DRIVE INTEGRITY INTO THE CULTURE OF YOUR COMPANY

Defining integrity is difficult. Once understood as “telling the truth and keeping your word,” it was about following not just the letter but the spirit of the law.

The data privacy abuses, sexual misconduct, and greedy behavior at some of the world’s highest profile companies have contributed not only to major financial setbacks but also to an erosion of trust in the institutions on which our communities depend.

As our workplaces are becoming more diverse, global, and connected, integrity matters more than ever.

It requires leadership from the top, but it also requires that everyone in the company have a shared sense of what integrity means in their workplace and a strong, empowered voice to put that integrity into practice.

In the bestselling book – Intentional Integrity, Airbnb veteran Robert Chesnut delivers a six-step process for leaders to foster and manage a culture of integrity at work.

As the leading expert in corporate ethics, he explains the rationale and legal context behind his curriculum and illuminates the nuances of thinking deeply and objectively about workplace culture.

As employees become better aligned with a company’s core mission, and customers learn that they can trust it to do the right thing, the results flow directly to the bottom line.

It’s time for a transformation in how business gets done, and Intentional Integrity provides the essential, proactive, ethical course of action businesses worldwide are craving.