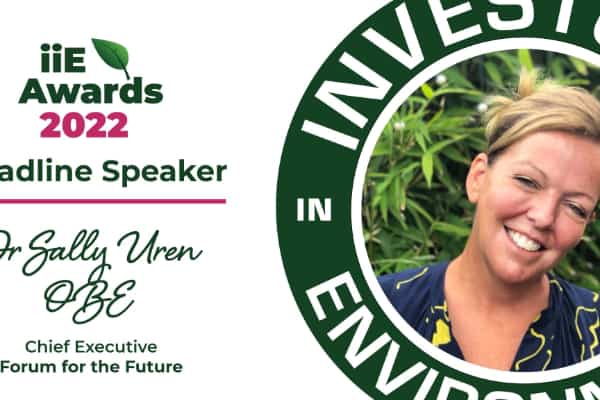 Global Expert and Leader in Sustainable Development,
Chief Executive – Forum for the Future
Independent Chair and Advisory Board Member

She has spent more than 25 years working to create a sustainable future through the intersection of business, technology and society.

In 2002, Sally joined the non-profit, Forum for the Future, where she still presides as a long-serving member.

The organisation collaborates with the government, private sector and civil society and catalyses critical global systems to promote the transition to a more sustainable future.

Upon joining the organisation, Sally oversaw and expanded the forum’s business network as the Director of Business Programmes.

She became the Deputy Chief Executive in 2009, where she led the company’s network operations and communication and was instrumental in the Forum’s United States initiatives. Since 2013, she has been the organisation’s chief executive, inspiring and empowering society to drive sustainability through systemic change.

Before joining Forum of the Future, Sally was the Director of Sustainability and Environmental Management at Bureau Veritas, where she established and managed the sustainability group.

As one of the leading experts in her field, Sally has lent her knowledge to several media outlets and publications, including Time, Forbes, GreenBiz and Reuters.

Her articles have appeared in the Huffington Post, New Statesman and Management Today.
Sally is well-known sustainability and environmental consultant who has collaborated with many high-profile companies.

She is a co-chair and advisor on Travalyst, founded by the Duke of Sussex. She has collaborated with Burberry and Kimberly Clark and serves as a judge for several sustainability award programmes, including the Queen’s Award for Sustainable Development.

In 2017, Sally was awarded an OBE for services to sustainability at the Queens New Year Honours.

Sally is an accomplished businesswoman with a wealth of experience in the world of sustainability and advising organisations on how to make their practices more environmentally friendly.

As a highly sought-after speaker, she has engaged international audiences on various aspects of sustainability and how it impacts our lives and the Future of our planet.